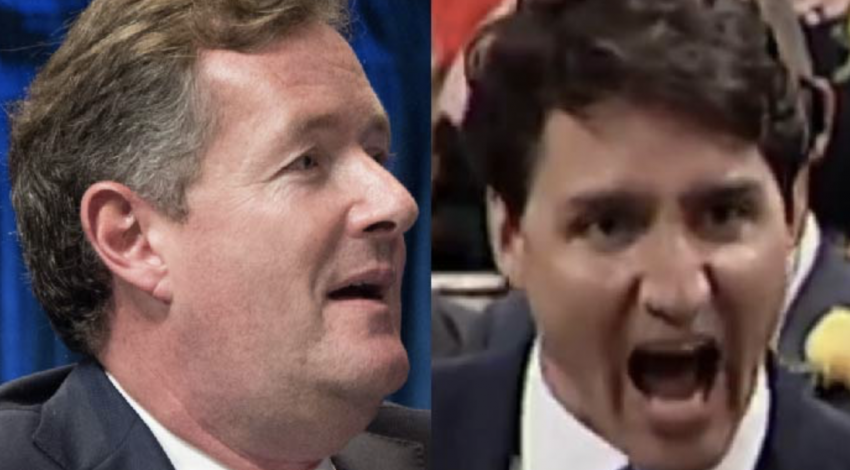 There are many people on both sides of the aisle who are NOT fans of Justin Trudeau recently.

The Canadian “leader” decided to go full-on commie and doesn’t seem to be backing down anytime soon. Trudeau has decided that instead of listening to the people and hearing what they are concerned about with the insane COVID mandates, he will just treat them worse than BLM thugs.

Justin, who called the Freedom Truckers “small and fringe,” to start out with, suddenly did a complete about-face and unleashed the Emergencies Act upon his own people, essentially turning Canada into a communist police state under martial law.

People’s bank accounts are even being frozen.

These over-the-top actions have not only ticked off conservatives, but also common-sense liberals, such as Bill Maher and Piers Piers.

Morgan and Maher are horrified by what Justin is doing to Canada over peaceful, middle-class protesters who just want the “unscientific” madness to stop.

Piers calls this “fascism,” but it’s actually not that – it’s communism.

Now, to be clear, neither one of these is better than the other, but it is very important to recognize the difference.

Today’s progressive globalist is a communist at heart, and that’s who’s currently controlling the Democrat Party here in the US and other liberal parties abroad.

Piers doesn’t support the Freedom Truckers movement in terms of what they’re fighting for, but he believes that they have every right to assemble and protest peacefully and Justin Trudeau has shown his “true colors” with this latest radical move.

There are a lot of people who are confused about how the long-haired, hippie who smoked weed could turn out to be such a commie.
Well, that is exactly what they are.
Trudeau didn’t make the transition to this, but in fact, was made for it.
Check this out:

This is the issue — right here https://t.co/9btP5pYG2f

Nobody should have questions about who Trudeau is or his goals after seeing what he’s doing in Canada, and watching this clip.

All the cards are now on the table.