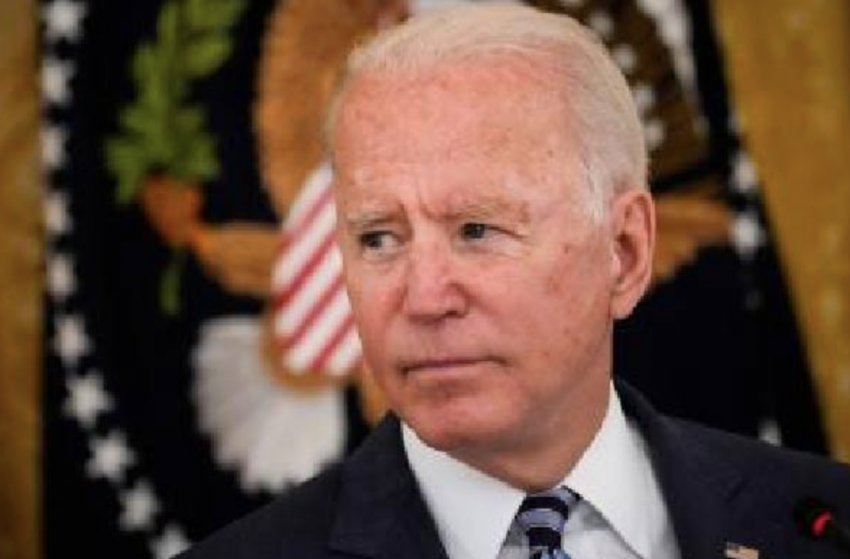 If you already thought that the Biden team was a mess but not sure, this recent story that is unfolding will most certainly prove that it is a clown show.

This is and I will admit, slightly confusing with so many moving parts but let me try and make it as simple as possible.

What we do know is that Joe Biden was on a call with Ukraine President Zelensky.

Now according to reports, that phone call did not go well at all.

In fact, CNN actually reported that it was not “flattering” for Biden.

CNN White House reporter Natasha Bertrand said her Ukraine source confirmed that the call was a giant mess. The source also stated that the dialogue got very heated when Biden kept insisting that Kyiv would be “sacked” very soon.

The report went on to say that Zelensky disagreed with Biden’s “sacking assessment” and things got so bad that he actually had to tell Biden to “calm down” at one point.

An hour and 12 minutes later, that report was wiped off the internet.

Now, that is interesting, right?

Oh, but it gets even more intriguing.

Shortly after that, a Ukraine spokesman disputed the CNN report, and now, Americans, who don’t trust anybody – for good reason – are demanding the call transcript between Biden and Zelensky.

Not long after I wiped the report out a CNN pundit, with known-ties the Intelligence Community, came out strong and was slamming Natasha’s CNN piece.

So, CNN was slamming CNN. Weird.

However, as all of this was happening, Jake Tapper was unaware and led with the “bad Biden” story on his show.

Now, it appears to many, that the White House got a story that made Biden look terrible, pulled off CNN.

The story also raised questions about what Biden knows about Russia’s moves behind the scenes.

Of course, this is all confusing! I am confused reading it all and trying to explain it clearly, but this is what we know as of now.

Human Events editor Jack Posobiec is now calling for the transcripts of the call… and his tweet is going viral, so many people agree with him.

Here’s what he said:

“Timeline: At 6:11pm, one hour after CNN’s @NatashaBertrand deleted the war report, CNN’s @JimSciutto a mouthpiece for the IC is dutifully posting attacks on the report she had posted at 4:59pm What happened at CNN in the hour and 12 minutes in between?” 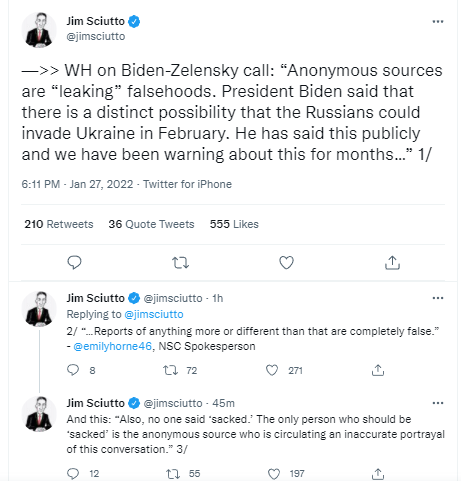 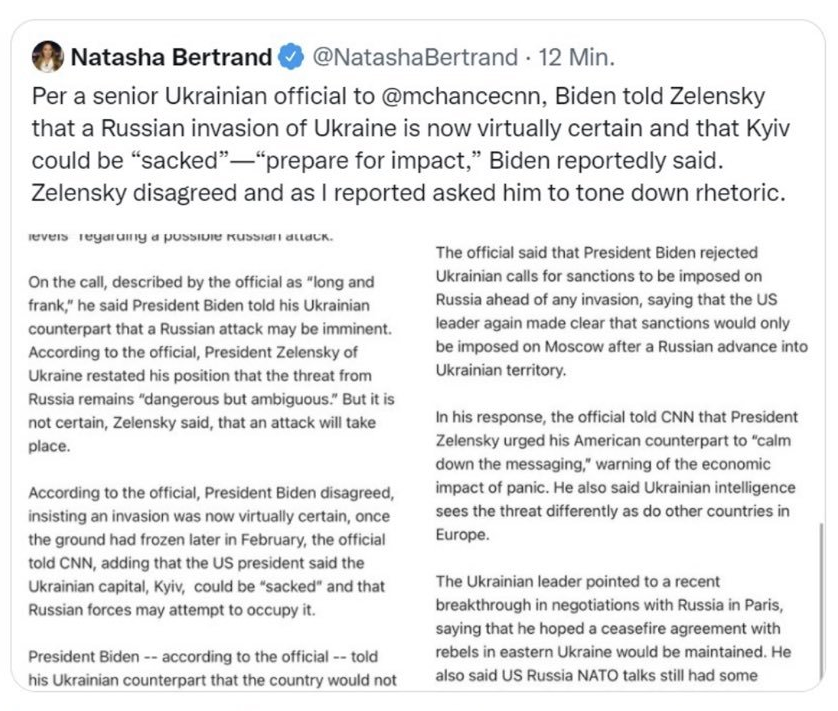 “We also see a tweet from Emily Horne, a Biden official, which is a brief denial, but does not include the specific details of Sciuttio’s tweet That means the White House was working the phones to CNN”

“Looks like Natasha couldn’t get to Jake Tapper fast enough before he went to air with the same Ukraine report she had already deleted – big yikes! And now I have that archived as well Have a nice night @WHCOS@PressSec!”

A senior Ukrainian official says the Biden-Zelensky call ‘did not go well’ and Biden told Zelensky a Russian invasion is virtually certain warning the country should prepare for impact @mchancecnn reports pic.twitter.com/SzBxdRBSHc

UPDATE: We got a copy of Jake Tapper’s report, even though CNN just deleted it:

BREAKING: We have recovered the Ukraine call report that @JakeTapper and CNN just deleted

Please DO NOT RT this as they do not want anyone to see it! pic.twitter.com/vV67Jc1p7i

The American people deserve the truth

Jack is now wondering if the WH asked CNN to delete that report:

“Did the White House demand CNN delete this report? “

War Room co-host Raheem Kassam said this about everything that is happening:

“I’m not being funny but this feels like the US has been planning something without Ukrainian knowledge.”

Jack wants the transcripts to be released:

The House Judiciary Committee now calling for the transcript:

Here are the tweets I referenced above:

At 6:11pm, one hour after CNN's @NatashaBertrand deleted the war report, CNN's @JimSciutto a mouthpiece for the IC is dutifully posting attacks on the report she had posted at 4:59pm

What happened at CNN in the hour and 12 minutes in between? pic.twitter.com/Opq6Isx6fz

Can you believe this – another so-called “president” and a questionable call with Zelensky.