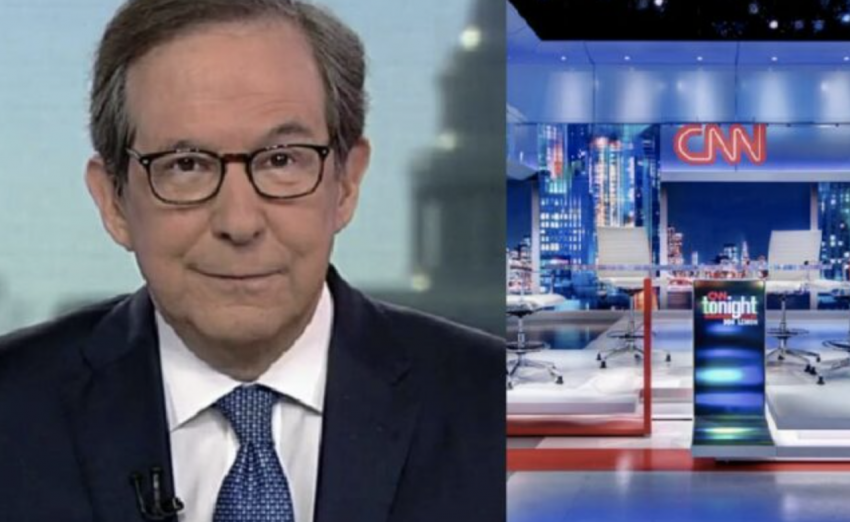 On Sunday, Christ Wallace announced at the end of his show that it would be his last broadcast on the Fox News network and quickly was offered a position at CNN.

Now there are many saying that the reason Wallace left for CNN was to continue bashing former President Donald Trump and conservatives but there could be more to the move that everyone is missing. As we all know, Chris Cuomo has just been fired from the struggling network for using network resources to dig up dirt on Fmr. Gov Andrew Cuomo sexual assault victims.

Also, CNN has been bought out by Discovery/Time Warner and is poised to take over the struggling cable news network. The new owners had two choices to make, they could scrap the channel all together or they could revamp it and bring it back to its former “news” glory.

Scoop: CNN is going back to a 100% news channel. A "good number" of the "talent/staff" will be let go to align to that new mission. 👉David Zaslav Vows To Be “Very Hands-On” And LA-Based In Running Warner Bros Discovery. https://t.co/q2F2u8Y4Hr

They decided to revamp CNN.

“I would like to see CNN evolve back to the kind of journalism that it started with, and actually have journalists, which would be unique and refreshing,” said the cable TV pioneer and longtime chairman of Liberty Media, which is a major shareholder in Discovery. “I do believe good journalism could have a role in this future portfolio that Discovery-TimeWarner’s going to represent.”

"I would like to see CNN evolve back to the kind of journalism that it started with, and actually have journalists," claimed John Malone, the top shareholder of Discovery, which is poised to take over the network. pic.twitter.com/QnNhQwgBY0

Deadline reported that Discovery and WarnerMedia parent AT&T expect the $43 billion mergers to close by mid-2022. Zaslav declined to reveal specific organizational plans when asked by Auletta whether he planned to install a deputy to look after the company’s vast studio and network operations. “I’m going to be very hands-on” in running the new company, Zaslav emphasized. “For me, this deal is kind of a dream, surreal opportunity. These are brands that I have admired and loved, built by people I have admired and loved over the past 30 years.”

Auletta elicited some of the most provocative comments of the session when he asked Zaslav about the news business and his expected stewardship of CNN. At one point, he asked whether Zaslav, who helped create MSNBC when he worked at NBC in a prior career chapter, thought Fox News did “a good job” as a news organization. “I think Fox News is much more of an advocacy network than a news network,” Zaslav said. “That’s the business I’m in, with Food Network and HGTV. Those are advocacy networks.”

In the 1990s, when MSNBC and Fox News launched, Zaslav said, “the world was in a different place. I think overall we’d probably be better off if we just had news networks in America,” rather than those with an opinion element. “But we don’t. Media tends to be a reflection of where the country is. Where the country was when we launched MSNBC was much more fact-based and less divided.”

Targeted media platforms today, from podcasts to newsletters, have enabled people to “find their voice,” Zaslav continued. “And then you have networks that emerged that look to support and nourish and reinforce those voices. I don’t think overall that’s a good thing. I think we’re better off all having a chance to see, as Carl Bernstein would say, the best version of the facts that we have.”

So, it only makes sense that they nabbed Chris Wallace. It’s their first big move.

We all are very aware that Wallace is a progressive shill, but his name still carries with it a “reputable journalism” branding, and the “Chris Wallace” name will help CNN get some credibility back.

Let’s face it, Wallace is a heck of a lot more respected than Brian Stelter or Don Lemon, or even Jake Tapper is.

Wallace was unhappy at Fox News for several reasons. The vast majority of Fox viewers disliked him, and he and Bret Baier were both peeved about Tucker’s “Jan 6th” special.

So, this was perfect timing for CNN to swoop in and make Wallace an offer.

Maybe, things will start turning over at CNN or they will be canceled all together too.