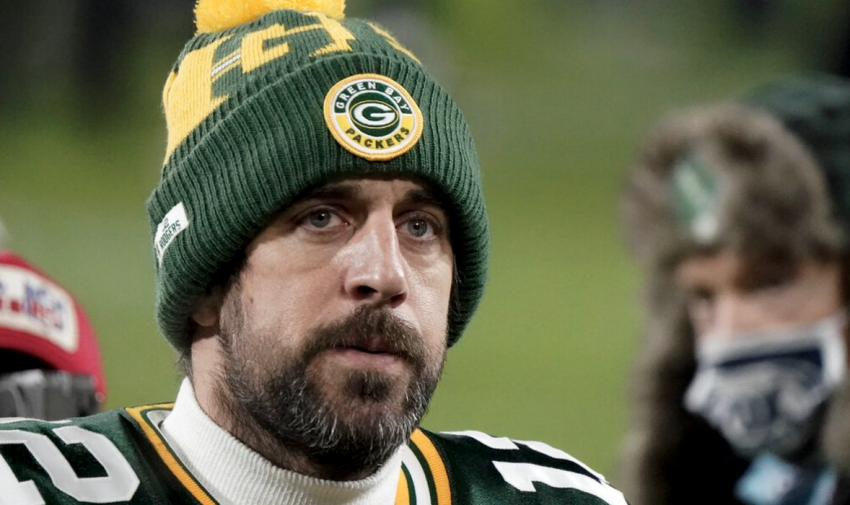 This may come as a HUGE shock to you all, but I am not the biggest professional football fan.

For the record, I like college football more and also baseball.

However, if I were to have a professional football team, it would be the Green Bay Packers and that is only based on Aaron Rodgers.

Again, I truly do not know if he is the best on the field, but I certainly know that he isn’t afraid to push back and speak his mind, and for that, I am a big fan.

For example, last December, when touring the extensive tornado damage in Kentucky, Joe Biden made a comment to a woman in a Packers jacket, as reported by Fox News. “Tell that quarterback he’s gotta get the vaccine,” Biden seemed to joke.

Regardless of whether it was a joke or not, Rodgers was not laughing.

In an interview with ESPN after Biden’s remark, Rodgers shot back at the White House.

“When the President of the United States says, ‘This is a pandemic of the unvaccinated,’” Rodgers said, “it’s because him and his constituents — which I don’t know how there are any if you watch any of his attempts at public speaking — but I guess he got 81 million votes.”

Rodgers was not done with Biden either.

The Green Bay Packers quarterback then took aim at Biden’s recent gaffe’s and also mused aloud if the U.S. Centers for Disease Control and Prevention could even be believed regarding the vaccination and its side effects: “How do you even trust them?”

This back and forth all started last fall when Rodgers announced that he was immunized, but decided that he would not receive the COVID-19 jab.

Of course, that opened Rodgers up for attacks from the COVID vaccine police, but that didn’t stop him from holding the line.

“So what I said was, number one, factually true,” Rodgers told ESPN. “I went through a multi-immunization process. And at the end of that, I don’t know what you would call it, I would call it immunized.”

Rodgers stuck with his claims in an interview on the “Pat McAfee Show,” going into detail about the research he did before making his decision.

Rodgers tested positive for COVID back in November. He was criticized for taking alternative treatments, like Ivermectin, but he still didn’t want to take the jab. So, he claimed he was allergic to the Pfizer and Moderna shots and didn’t want the Johnson & Johnson jab.

The NFL then fined Rodgers with nearly a $15K fine and the Packers organization $300K for failing to follow protocol, according to Yahoo.

All this for an athlete who is in superior health?

This has nothing to do with your health, but your compliance.

There was a time when people would weigh their options before receiving a medical procedure. They would research and discuss it with their doctor and it was all done privately.

That is why I know this has nothing to do with our safety or desire to keep everyone healthy.

Since if it was, they would NOT have politicians bullying people on camera to receive a jab that no one can truly explain how it works.

The vaccine does not prevent the spread of COVID, as reported by the Washington Examiner, and it also doesn’t prevent anyone from getting the virus.

Why then does a healthy man in top physical condition need to take the vaccine? Because the government tells him to? Wouldn’t that be un-American? Aren’t we free to make our own decisions when it comes to our own bodies?
As I said, this isn’t about your health this is about you kneeling to them.
And, for the record, the only one I kneel to is Jesus Christ and that is not about to change.