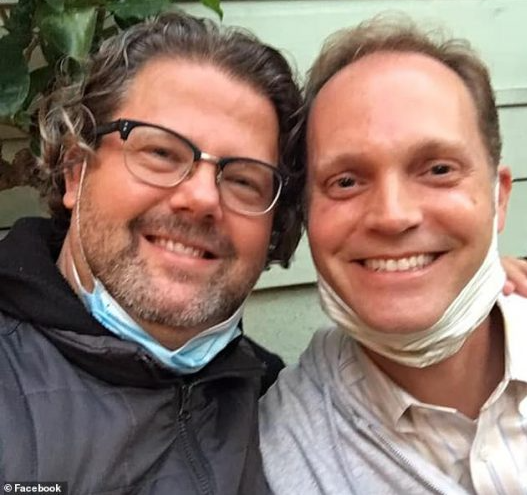 I have to say that there are more and more times these days where I feel like I am in the middle of a South Park episode. After reading this story, this is definitely one of those times. Apparently, there was a white, middle-aged male who was denied a spot on the San Francisco Board of Education because he “wasn’t diverse enough.” But here’s the kicker:

Yes, the man is white, but he is homosexual, and he is the father of a bi-racial girl, so it’s definitely a head-scratcher how the San Francisco Board of Education could possibly think that he “wasn’t diverse enough.” However, that is precisely the reason that the board gave for why Seth Brenzel wasn’t able to fill the volunteer spot. Apparently, they felt that his race wouldn’t give them enough diversity. Brenzel was shocked, to say the least, and he now wants the world to know about this unusual decision, and how the board only devoted two hours to debate the advantages and disadvantages of allowing Brenzel to have the position.

This was definitely an interesting about-face, simply because of the fact that Brenzel originally had unanimous support. However, the issue that prevented him from joining the all-female board is that he was “too white” for the volunteer position. Members of some of the surrounding communities ultimately gave the board a call, pushing for “more diversity” on the board, and unfortunately, he was rejected from the group.

This volunteer council is supposed to be made up of 15 individuals, but at the moment it only has ten. At present, the council consists of two black mothers, three Latin individuals, three that are white, one person that is Pacific Islander, and one individual who is Asian-American.

Should Mr. Brenzel be allowed to join this group? That was the burning question that this group had to debate, and debate it they did. However, instead of voting on the merits of his candidacy alone, the board simply decided to wait so they could find more people to consider for the position.

Of course, Brenzel’s candidacy was not the only thing that they had on the agenda. The group was also pondering the logistics of reopening the school admist the rage of the COVID-19 pandemic. However, when they finally got to Brenzel’s candidacy, he never had a chance, because he wasn’t “diverse enough.”

Tara was one objector, and she said: “This is not a diverse group of parents as I can see, and I have noticed and I have observed.” (Huh?)

Other objectors actually went as far as to compare the San Francisco school board to “Joe Biden’s cabinet” and they said that he was just a “white queer voice.” Of course, if this had occurred in a GOP-led state, the liberals would be up in arms over that commentary, but I digress.

Commissioner Matt Alexander is the sole white board member, and he said he said that he feels the white members are over-represented. He wants to see more “Arab, Native American, and Vietnamese folks” to be represented on the board.

“I’m sure I will get complaints now because it seems like I am telling white parents that they should not be involved or something. That isn’t what I’m saying. White parents still have plenty of privilege here in various ways.”

Either way, the issue is still ongoing, and they are still trying to reach a final decision. There are many residents who think that Mr. Brenzel’s exclusive is becoming a political football.

What do YOU think about this issue? Have your say below!

1 thought on “Dad Denied a Spot on the School Board; He’s “Not Diverse Enough””