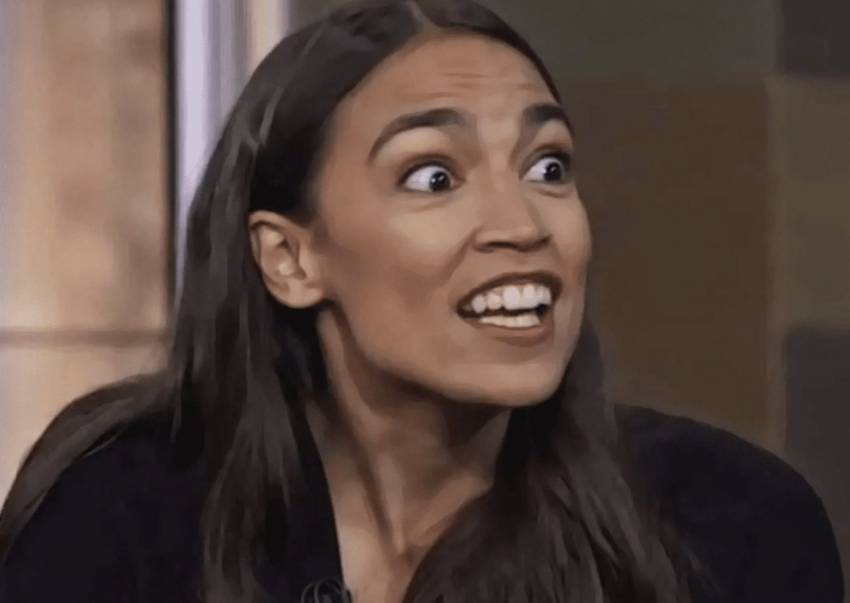 The far-left has a deep love affair going on with AOC and it still boggles my mind. However, with the rest of the country, not so much.

Well, she is bat-sh!t crazy, that’s why.

Now, also beyond her craziness with a myriad of issues, her votes in the House of Representatives have garnered plenty of critics that have lambasted her public statements on a variety of issues.

With a new book out that sings her praises from beginning to end, one Fox News Channel personality has clearly had enough.

Tucker Carlson dedicated a segment of one recent show to dismantling the deification of Ocasio-Cortez.

As our friends over at The Western Journal explained:

Carlson told his viewers, “No one has done more personally to degrade American womanhood than Sandy Cortez has. She is living proof that 60 years of feminist liberation did not work. Sandy Cortez is not empowered. She is neurotic and silly.”

He played a portion of makeup tutorial video she recently made for Vogue magazine.

“As a woman of color,” she lamented, rolling her eyes at the unfairness of it all, “it’s so hard to be taken seriously. … People already try to diminish me, diminish my voice, as young and frivolous and unintelligent.”

Regarding her reference to herself as a woman of color, Carlson said, “No one ever dares to challenge that description, but every honest person knows it is hilariously absurd. There is no place on earth, outside of American colleges and newsrooms, where Sandy Cortez would be recognized as a, quote, ‘woman of color.’

Of course, AOC was offended.

The loose cannon that she is, took to Twitter to share her outrage against a conservative critic.

She even mixed in a few Spanish profanities with the rest of her social media diatribe.

This is the type of stuff you say when your name starts with a P and ends with dejo https://t.co/92chHFQUN7

Doesn’t matter if you’re Republican, Democrat, or neither, this is clearly not a safe person to leave alone w/ women.

Once again, the existence of a wife or daughters doesn’t make a man good. And this one is basura 🚮

Of course, this was not the first time she attempted to portray her political foes as sexual predators or, as she wrote in a tweet late last year, “creepy weirdos.”

If Republicans are mad they can’t date me they can just say that instead of projecting their sexual frustrations onto my boyfriend’s feet.

That post came in response to online criticism regarding her visit to Florida, which at the time boasted far less restrictive COVID-19 measures than her home state.

Progressive lightning rod Rep. Alexandria Ocasio-Cortez (D-NY), who called Republicans “creepy weirdos” for mocking her boyfriend’s sandaled feet during a Miami getaway, doubled down on the trash talk Tuesday by posting a video of him hoofing it through a parking lot.

“​So we recently went to Florida, where Republicans developed an obsession with Riley’s feet,​” Ocasio-Cortez said in the video posted on the “Stories” section of her Instagram account. ​

“So give them what they want,” the lawmaker added as she panned her phone’s camera down to show squeeze Riley Roberts’ shoes.

The hubbub about Roberts’ feet stepped off last week when he and Ocasio-Cortez were photographed sitting maskless outside a Miami Beach sushi restaurant as New York City was undergoing a record-setting surge in coronavirus cases fueled by the Omicron variant.

For those interested in hearing Carlson’s commentary in its entirety, here’s the video.

Do you think AOC should be a role model for the next generation?

I sure as hell don’t.

1 thought on “AOC IS BACK! Accuses Tucker Carlson of Sexual Harassment!”