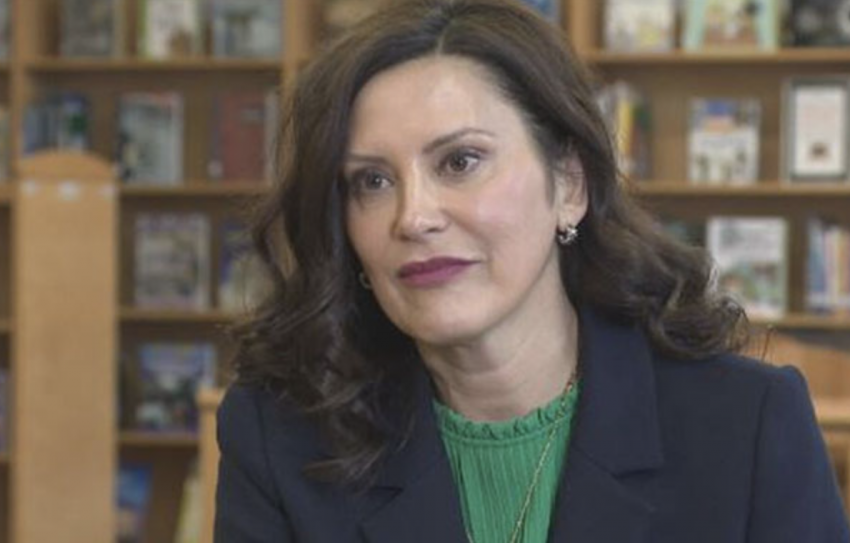 Over the last couple of years, the nation has been able to see who the Democrats truly are.

These so-called “leaders for the average American” have proved that they only care about power and money. Since the COVID debacle began, the nation has witnessed “rules for thee, but not for me”.

We have witnessed Nancy Pelosi getting her hair done, maskless while others were fined for even venturing out of their homes. Governor Gavin Newsom went to sporting events without a mask or even bothering to socially distance himself from others and the list goes on, but the worst has to be Michigan Governor, Gretchen Whitmer.

Whitmer overstepped her bounds in Michigan during the pandemic, stretching out the shutdowns, punishing businesses, and essentially ruling over her citizens like a dictator, and now she is in big trouble.

According to the latest poll numbers, Whitmer’s opponent Former Detroit Police Chief James Craig is leading her by eight points with independent voters.

The survey found that 41 percent of independents would vote for Craig, compared to just 33 percent support for Whitmer. Overall, Whitmer’s lead is less than one percent, bringing the race to a statistical tie, with 44.3 percent of likely voters supporting her, compared to 43.7 percent for Craig.

The difference between Craig and Whitmer is evidenced by their response to the Canadian Freedom Convoy protesting onerous vaccine mandates and public health regulations.

Whitmer said the protesters are engaging in an “illegal blockade” and that they “do not have a right to illegally block these international borders where we have so much commerce.” Michigan’s governor even called on the Canadian government to “do whatever it takes” to end the protests.

On the other hand, Craig stood in solidarity with the protesters. “I stand with the truckers. I support all working people who are standing up for personal freedom,” Craig said. “What we are seeing is a tremendous lack of leadership from Canadian Prime Minister Justin Trudeau, President Joe Biden and Gov. Gretchen Whitmer.”

Well, this can’t be too surprising…

Gretchen has always been more interested in being Biden’s VP than Michigan’s governor.