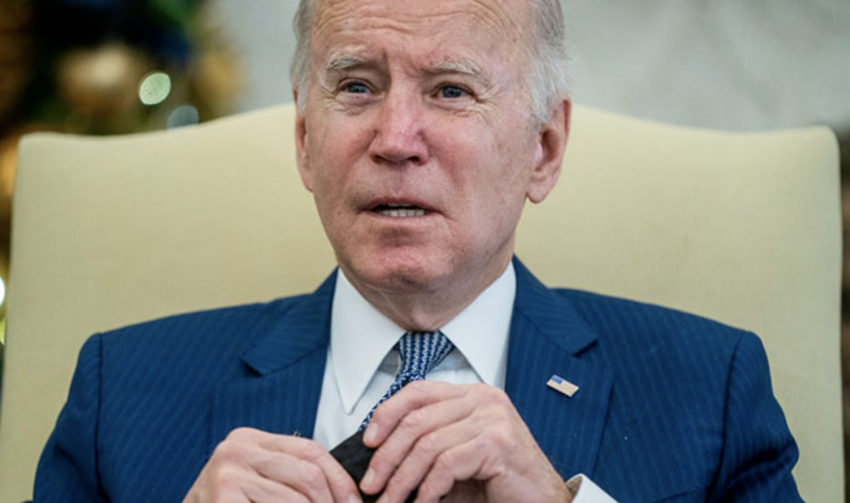 The Democrats are in panic mode, after all, they collapsing in front of our very eyes.

They know and we know it too.

Just recently, a far-left Quinnipiac poll, reported that Joe Biden was sitting at a horrific 35 percent.

In all honestly, I believe it is even lower than that, right?

That is not a good place to be considering that the mid-terms are just around the corner and there are talks of Hillary Clinton jumping back in for the 2024 election.

The Democrats have to know that there is a really good chance that they are about to be publically humiliated and lose all their power.

In fact, in another article today about Dems “internal polling” the news is really grim, and yet, they’re not doing anything to change it.

So based on all this information you can understand why there would be a lot of panic in the White House.

They can see the wave coming, and nobody is trying to stop it.

NBC News reported that there’s a growing sense among Democrats that it’s time for a change of course at the White House — whether that means new strategy or new staffers.

On the political front, President Joe Biden’s numbers aren’t getting better, his message isn’t resonating, and his party’s midterm prospects are bleak. On policy, his Build Back Better plan is dead, Covid is alive, and inflation is rising.

If he doesn’t take a new tack soon, it may be impossible for him to deliver for the public, help his party in November or move an agenda in the final three years of his term, according to a dozen lawmakers, White House officials, and veteran Democratic Party operatives who spoke to NBC News about their concerns.

***TRENDING ARTICLE: Something Is Happening With Canada’s Banks That PROVES Trudeau Is Unfit!***

“A sign of a good leader and a successful executive is to identify the policies or personnel choices that have not resulted in success and make necessary course corrections — because it’s too important not to,” said Rep. Stephanie Murphy, D-Fla., a co-chair of the centrist Blue Dog Coalition, which has chafed over Biden’s efforts to accommodate the progressive wing at the perceived expense of moderates.

It seems the consensus is that most Dems privately want to see Biden’s chief of staff Ron Klain removed.

They believe he’s a big source of the problems with Joe’s polling.

The piece goes on to say that replacing top aides, including chief of staff Ron Klain, would send a signal to the public that Biden understands something has to change, this lawmaker added.

“Biden’s the star quarterback, and you can’t fire the star quarterback, so you start looking at the head coach and the offensive coordinator and the defensive coordinator,” the lawmaker said, pointing to Klain as the architect of a failed strategy to advance Biden’s agenda. “Fairly or unfairly in a situation like this, you start looking at the person who is in the chief of staff position.”

How in the world do they think that just firing the “chief of anything” will magically fix the myriad of Biden’s blunders?

The man is a walking train wreck.

The issue is not all the other people around him, but him.

Biden isn’t the star quarterback. In all truthfulness, maybe the water boy but that is it.

Most of the problem with Joe Biden is “unfixable.” It’s his broken brain that has Americans worried, disgusted, and turning away in droves, even if they won’t admit it in polls.