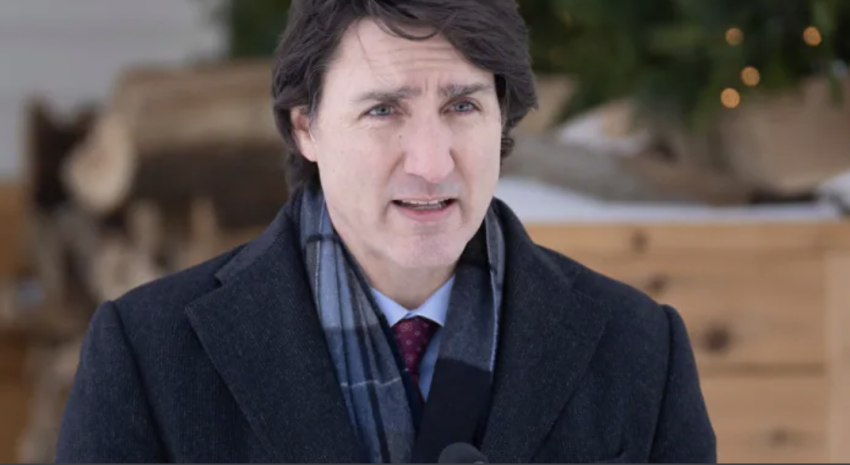 There are big things happening in Canada as the truckers continue their protest against the insane mandates imposed by Justin Trudeau.

Tyrant Trudeau just keeps pushing for more and more control over the Canadian people and they are done with it all. The protest has been a wild success, as thousands of truckers have shown up to let their voices be heard. However. instead of the government meeting with them and discussing the grievances they have with the vaccine mandates, they are doubling down.

Instead of listening, Justin Trudeau gave Canada’s banks to freeze the accounts of truckers and supporters involved in the protest.

Now, Canada’s top four banks have all gone offline after this sweeping declaration was made.

The editor-in-chief of Rebel News posted the information today on Twitter.

Here’s what Ezra Levant said: “Canada’s largest banks are all offline. Royal Bank, BMO Bank of Montreal, CIBC Bank. Did Trudeau try to hack into their databases? Did the U.S. hack them first, to stop it? What could cause all three to crash on the same day — hours after Trudeau’s expropriation order?”

He added this later, “Alternative theory: system overload: a million Canadians decided they don’t quite trust the banks anymore, now that Trudeau is in charge of them. Was there a bank run?”

🚨Canada's largest banks are all offline.

Did Trudeau try to hack into their databases?

Did the U.S. hack them first, to stop it?

What could cause all three to crash on the same day — hours after Trudeau's expropriation order?

Whatever is going on, it’s big.

What the hell is happening to Canada’s banks right now? pic.twitter.com/NRjPWlG0GE

“Canadians are cashing out 48 hrs of withdrawal…”

“Just went & took most cash out of my bank. (Not that I had much in there). This #Canada bank run can cascade globally. A systematic failure in one country can act like dominos of insolvency to entire fiat system”

“Please be a bank run. Teach these commies a lesson”

“Confidence is fragile. It only takes 1% to bring the system down”

“Canadians are pulling their money out of the banks…….. Trudy has caused a massive financial crisis”

“Something is happening with Canada’s banks. The website problems are only a symptom of something much larger. Today a friend reported that about noon he tried to withdraw $4000 cash from his Etobicoke (Toronto) CIBC branch – to be told there is a $1000 daily limit per customer.”

“not unexpected but wow…this looks legit”

“Bank run in Canada? Trudeau says he’ll seize all the financial assets of those supporting the truckers. What would you do?”

“Bank teller at @TD_Canada told me they ran out of cash yesterday from everyone leaving. I was one of them.”

“Did Trudy cause a bank run?”

“The #Trudeau #BankRun has begun.”

Trudeau’s tyranny might single-handedly lead to a devastating financial collapse in Canada.

All he had to do was meet with the truckers or end his silly mandates, but his arrogance won’t allow it.

Now, the nation may be in a collapse financially, but maybe that is exactly what needs to happen.

5 thoughts on “Something Is Happening With Canada’s Banks That PROVES Trudeau Is Unfit!”