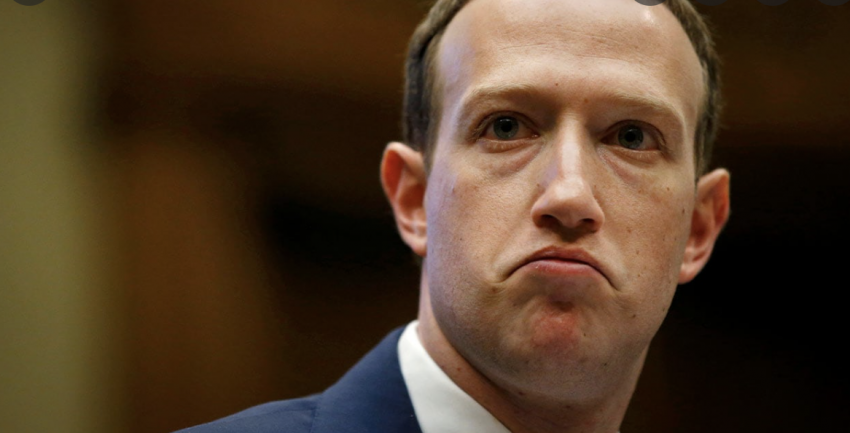 Mark Zuckerberg is having a really bad week.

It seems that his social media empire may be in the beginning stages of a collapse and in all honesty, it is bound to happen.

There are a ton of other social media apps out there now that people prefer over Facebook, and why not?

Facebook used to be a blast for everyone and it was the “edgy” cool place to hang out.

However, over the last several years and Zuckerberg’s need to be woke has SUCKED out all the fun of the platform.

Now, it is just a place where you are constantly censored or banned for having a different opinion than the Zuck.

Mark may have had a clue that things were looking bad for his Metaverse, but it wasn’t clear till the latest numbers came in.

Zuckerberg saw his company face its worst day on the stock market.

Mark Zuckerberg lost about a quarter of his entire net worth in one short day.

Of course, this has everyone asking what could cause this sort of crash?

We did speak about some of the possibilities before but there are others to be mentioned.

Well, there are many reasons as we mentioned above, and another major factor is that other social media companies like TikTok are giving FB a run for their money. Remember earlier, I said that Facebook was getting “archaic,” right? TikTok is the shiny new (Chinese) trinket catching people’s attention.

Daily Mail reported that the decline marked Facebook’s worst one-day loss since its Wall Street debut in 2012, and dragged down broader markets in the US and around the world.

At the virtual meeting on Thursday, Zuckerberg responded to a question about burnout by saying that the company is considering offering long weekends, but he added that a four-day workweek would not be productive, according to someone who was not authorized to speak about the meeting.

He encouraged employees to use their vacation days.

Another person familiar with the company’s plans told AdAge that employee shares vest on February 15, meaning that employees are able to earn shares of the company if they stay through that date. Also, conversations about raises and bonuses happen in March, potentially factoring into workers’ decisions to leave.

A lot of people are sick of Facebook and I don’t know if Mark’s creepy “metaverse” is going to save his company.

It looks to me like a clunky 2002 version of the SIMS for a bunch of socially awkward losers who are wearing 6 masks and afraid to leave the house.

Zuck is banking on people being afraid to go outside in the real world, thanks to COVID, and will prefer to live in the “metaverse,” but I actually believe the opposite will happen.

People will start being MORE social in real life because this COVID thing has been such a complete nightmare.

5 thoughts on “Baron Von Zuckerberg Is In An Absolute Panic, Facebook In Freefall!”