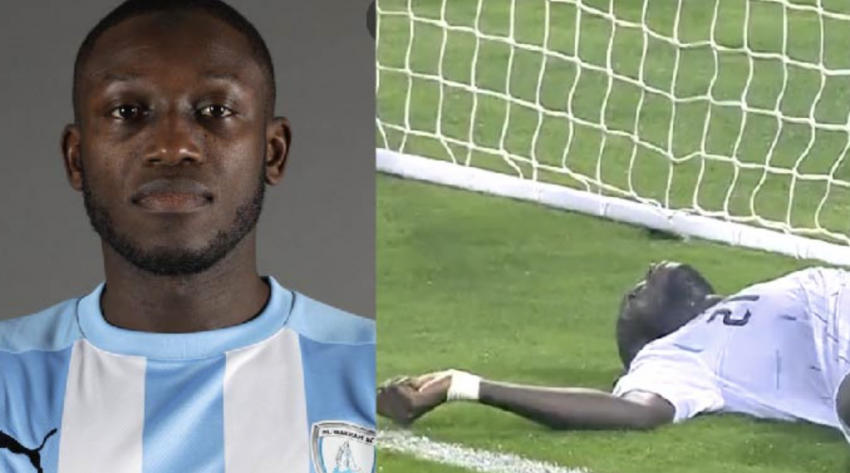 This seems to be a sad but common occurrence lately and what makes it even worse is that the media is ignoring it.

Just the other day, I reported on the sudden death of a double vaccinated 23-year-old scientist, powerlifter champion, and healthy athlete who died in a Sydney hospital after testing positive for Covid-19, according to a report.

The man identified as James Kondilios is a resident of Canberra who had no known underlying health problems before passing away on January 4th at St. Vincent’s Hospital after complications from the virus.

His family and friends were mourning and have paid tribute after his identity was revealed by NSW Health authorities.

Now, another healthy, young athlete has fallen, but thankfully he survived.

Ousmane Coulibaly is a Malian professional footballer who plays as a right-back for Al-Wakrah in Qatar Stars League and he collapsed and had a heart attack.

You can watch the video below (Warning Graphic):

NEW – Qatar: During the Al Wakra Club match against Al Rayyan the player Othman Coulibaly suffered a heart attack, per statement of the football club.pic.twitter.com/VvPZpbC8Ah

BeSoccer reported that the Qatar Stars League match between Al Rayyan and Al-Wakrah was meant to be just another game. The hosts went into the game in eighth in the table while their opponents were sixth. However, few were thinking about that towards the end of the first half.

Just before the break, Al-Wakrah player Ousmane Coulibaly collapsed on the pitch and the players urgently called for medical attention. The game was immediately halted and the medical staff swiftly ran onto the field to revive the footballer.

The score was 1-0 to Al Rayyan at the time of the incident thanks to Shojae Khalizadeh’s 19th-minute goal and the game was later abandoned.

It comes after numerous cases of footballers collapsing or feeling unwell during matches. The most famous example came when Christian Eriksen collapsed during Denmark’s Euro 2020 clash with Finland. Sergio Aguero had to retire from football after feeling unwell during Barcelona’s match with Alaves while Victor Lindelof was replaced during a Man Utd game as he started feeling unwell. It is certainly a worrying trend we are seeing across football.

So what is going on?

Well, I am sure many of you who are reading this already know what is happening and it is beyond nefarious.