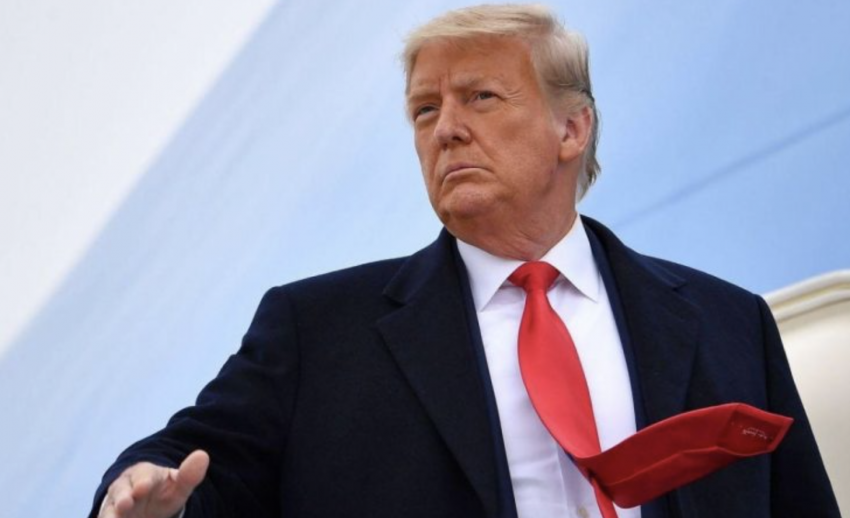 There has been a lot of talk about what President Trump will do in 2024.

Everyone is wondering, and most people within his inner circle say, yes, he will run, but he hasn’t come out and said anything that 100% seals the deal.

While he was golfing with friends, President Trump just made his intentions in 2024 100% official.

You can hear the voice of a man say, “First on the tee, the 45th President of the United States….” and you see Trump tee up his shot.

Just after the guy says that Trump turns, looks into the camera, and says, “45th and 47th. The folks he’s golfing with love that, and they cheer.

In case YouTube takes down the first video, here’s another link from Rumble:

Of course, social media users quickly picked up on this.

It looks like most people are HAPPY about President Trump’s intent on running again.

TRUMP: I’ll be the “45th and 47th” President of the United States pic.twitter.com/bOY28LkT99

I just heard Donald J. Trump saying that he will be not only the 45th Potus but also Potus number 47!!

Donald Trump has confidently declared himself the “45th and 47th” US president.

The former president made the remarks while playing a round of golf at one of his clubs, according to a video being shared widely on social media on Wednesday.

As Trump was filmed walking to the first tee, one of his playing partners could be heard saying: “Now on the tee, the 45th president of the United States.”

“The 45th and 47th,” a grinning Trump quickly fired back.

His playing partners cheered his response, with one of them saying: “Yes, I love that.”

The former commander-in-chief was wearing his famous red MAGA cap bearing the number 45 on the side.

Trump hasn’t publicly said if he is planning to run for the White House again — but he has repeatedly teased a second campaign and has been holding rallies ahead of the 2022 midterm elections.

He already holds a commanding lead over other potential Republican 2024 candidates, according to several polls conducted this month.

Do you find these Politicians Favorable or Unfavorable?

Biden won the popular vote against Trump ~51% vs. ~47% while eeking out a narrow Electoral College win, so the head to head numbers don’t necessarily show he’d win the presidency in these scenarios, just a plurality (or majority if the ratio stays like this) of the popular vote. https://t.co/2qUwr3stIj

President Trump has been keeping a low profile.

Ever since Twitter banned him, most of the American people haven’t heard from Trump.

This means that he can work quietly behind the scenes to strengthen his network and plan a comeback the likes of which the world has never seen.

In the biggest indication that he plans to run for president again so far, former President Donald Trump called himself the 47th president during a recent golf outing.

A video posted on Yeshiva World News’ Instagram on Wednesday, showed Trump and a group of people on a golf course, which was identified in the video as Trump National. As Trump sets himself up for a shot, a member of the group noted that the 45th president of the United States was “first on tee.”

“Forty-fifth and 47th,” Trump responded as he turned around.

Trump’s comment was met with applause and excitement from the rest of the golfing group. One person said, “I love it.”

Bring it on, President Trump!

1 thought on “YES! Trump Just Stepped Up And Made What We All Hoped OFFICIAL!”