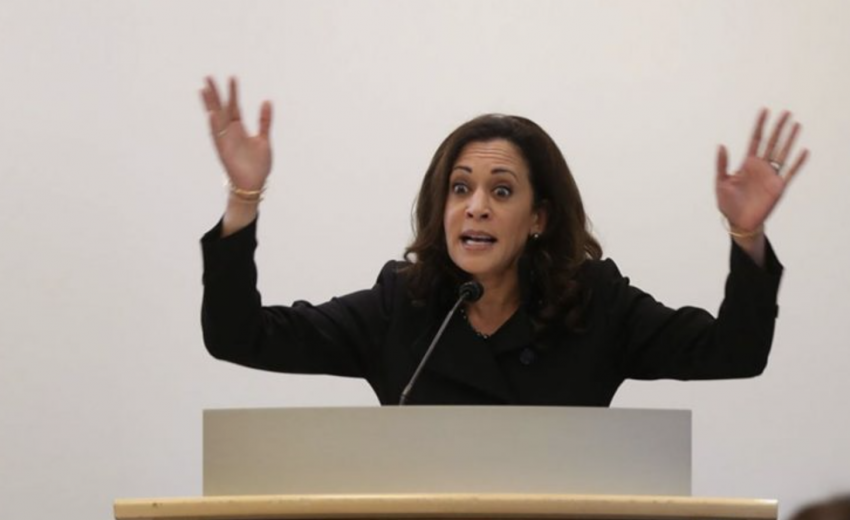 In all honesty, no one truly believed that Kamala Harris and Joe Biden were the best of buddies, right?

When Kamala was announced as Biden’s running mate everyone was a little taken aback by the choice. After all, Harris during a 2020 debate amongst Democrats, Harris stated that she believed all of Biden’s sexual accusers, and then several months after she made that Biden made her his running mate.

Sen. Kamala Harris (D-CA), who is now being considered as a VP pick for Joe Biden, said the following about Biden’s accusers last April: “I believe them and I respect them being able to tell their story and having the courage to do it”

Does she believe Tara Reade? pic.twitter.com/A1Asfx5kqB

There is just no way in hell that Biden chose her and since then the troubles between the two have only grown worse.

Over the several weeks, there have been rumors floating in D.C. that the Biden team is looking for ways to remove Harris as the vice president. Harris’s dismal approval numbers are not making the democrats or Biden feel comfortable with her at all and the rift is only growing wider.

That was evident for all to see during former Senator Bob Dole’s funeral when he didn’t acknowledge Kamala Harris at all.

It didn’t stop there though, he momentarily stood next to Harris until he whispered into his Jill Biden’s ear and made her stand next to Kamala instead.

The bizarre incident was caught on video and you can watch it here:

🚨 AWKWARD, SHADE WAR:
Joe Biden Refuses to acknowledge Kamala as he walks right past her in US Capitol. Then Joe asks Jill to SWITCH SEATS so he won’t be close to VP. Neither make eye contact as Joe looks AT THE CEILING and Kamala looks at the floor.

CRINGE. See for yourself: pic.twitter.com/urCVJOq8Qa

What’s going on here? Biden appears to ask Jill to switch spaces with him so he doesn’t have to sit next to Kamala. pic.twitter.com/Jn8T3Xcj57

Info Wars had more on the story:

Bizarre moment prompts speculation Biden has been instructed not to appear beside vice president, whose poll numbers are in the gutter.

In a clip from Thursday’s congressional ceremony, Biden and his wife Jill stroll into the Rotunda of the U.S. Capitol building and walk straight past Harris and her husband, who looks over at Biden following the snub.

After a few moments, Biden whispers something to Jill, before the two are caught awkwardly switching seats for seemingly no apparent reason.

The bizarre moment prompted speculation Biden has been instructed not to appear beside his vice president, who has been accused of driving down his poll numbers.

Is Harris about to be out of a job?

Let us know your thoughts below!

3 thoughts on “Wow! What Happened At Bob Dole’s Funeral PROVES Kamala And Biden Are Done! [VIDEO]”