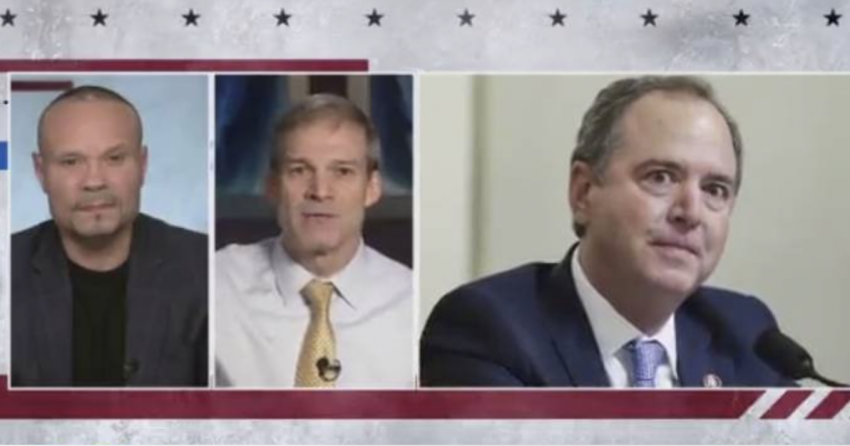 When President Trump was in office the left loved to push the fake Russian collusion story onto the masses. One of the biggest supporters of this absolute falsehood was not just Hillary Clinton, but Adam Schiff.

Schiff had no issue touting the Russia collusion story as well. Schiff also loved to push forward the Hillary Clinton-funded Steele Dossier knowing it was a complete lie funded by Democrats. The Democrats and their deep state counterparts did their absolute best attempt in a coup of President Trump using the bogus document as their source.

SCHIFF knew that there was no proof of any collusion and it was all just one HUGE MASSIVE LIE.

Schiff lied and said he did not know the identity of the Trump-Ukrainian call whistleblower.

Schiff lied and accused President Trump of cheating to win the 2016 election — Now he is investigating Republicans who called the 2020 election a lie.

Schiff went off on a deranged Trump-Russia screed during his opening arguments at the Senate Impeachment Trial of President Trump.

Schiff made up a completely imaginary Trump quote during his opening remarks saying Trump forced Ukrainian President Zelensky to “publicly announce the two political investigations and he should want to do it.”

Wow.
My jaw is on the floor.
“Intelligence” Committee Adam Schiff just fabricated, out of thin-air, the contents of the Trump phone call with Ukraine’s President.
Not a word he says here is true. Not. A. Word.
This entire dark carnival is sad, unhinged Orange Man Bad fan fiction. pic.twitter.com/EzzFDt9BIU

On Saturday night Rep. Jim Jordan: Adam Shiff did what other Democrats do. We saw the lawyer when they spied on Trump’s campaign alter evidence there he took to the FISA Court to get that warrant. So this is nothing new with the left. But it’s scary because it’s the weaponization of government against their political enemies and that is as wrong as it gets.

This will continue until Democrats are held to account for their crimes. And if not these criminal acts will proceed in haste.

Share your thoughts below! What do you think about this?