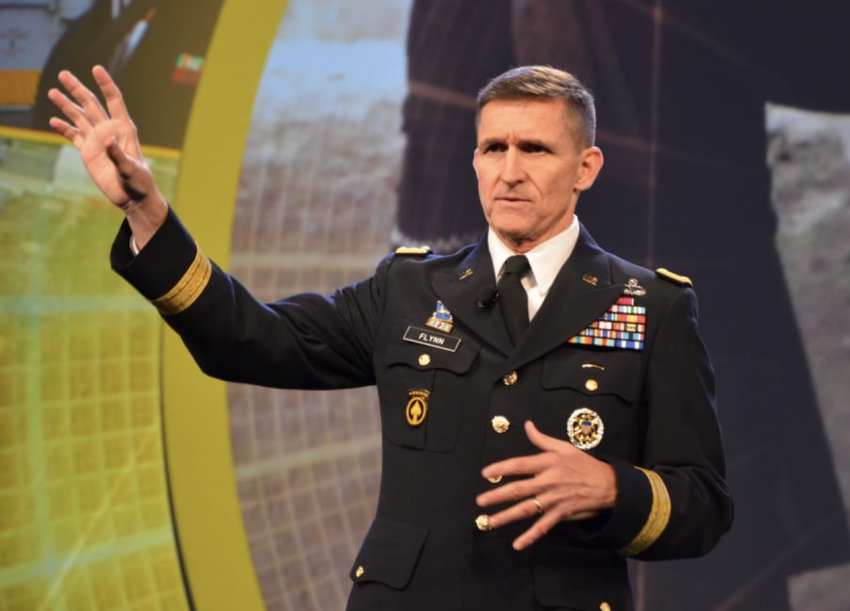 Just like the last time General Flynn was wrongly accused, we firmly believe that the truth will prevail.

Even when all hope seems lost, the truth has a way of making itself known!

Nancy Pelosi is truly the wicked witch of the west and her latest stunt of holding a January 6 committee is just another example of that.

Pelosi is so deranged with her hatred for Donald J. Trump and anyone who supports him that she is going out of her way to anyone connected to him.

That is exactly what this entire J6 committee is all about and that was just proven with Pelosi targeting General Flynn.

Flynn had NOTHING to do with the rally held that day, nor did he speak at it or attend it, but the committee is still going after him.

Because Pelosi and the corrupt J6 Committee are trying to damage his reputation.

Not only would they damage Flynn’s reputation but this committee would bankrupt him with countless legal fees.

Flynn is not about to even dance with Pelosi and her insanity which is why he is serving her with a restraining order.

Michael Flynn this morning filed for a Restraining Order in federal court in Florida against Nancy Pelosi to attempt to block enforcement of the J6 subpoenas. pic.twitter.com/BeZJJUaMoI

He didn’t organize, speak at or participate in any of the rallies in DC on J6.

Still, the J6 Committee are trying to destroy and bankrupt him.https://t.co/veDgBMhPsw pic.twitter.com/4tFkUsmGx8

Now, as we all know, Flynn has been falsely accused before and was proven innocent.

In all honesty, why would this time be any different?

Gen. Michael Flynn, who served as President Donald Trump’s national security advisor for the first few weeks of the administration, has filed a complaint to stop a subpoena from the House Select Committee to Investigate the January 6th Attack on the United States Capitol.

The complaint notes that the subpoena, which would demand information and testimony from Flynn, was issued without legal authority.

Flynn is seeking a temporary restraining order and preliminary injunction that would stop the subpoenas from being enforced until a court can adjudicate the legality of the subpoenas.

The filing stated that Flynn had no part in organizing, speaking at or participating in the rallies, protest or incursion that took place on Jan. 6, 2020.

The filed complaint named all nine members of the Select Committee as defendants, as well as Speaker of the House Nancy Pelosi.

This is cruel to go after someone who had literally nothing to do with it and it just seems to me and anyone else looking at it from the outside, that this is a political hit job.

Because there is overwhelming evidence and they know it … that's why the screws on J6 are turning https://t.co/wAd9LuDjqP

Just like the last time General Flynn was wrongly accused, we firmly believe that the truth will prevail.

Even when all hope seems lost, the truth has a way of making itself known!

1 thought on “WOW! General Flynn Has Filed A Restraining Order Against Pelosi!”