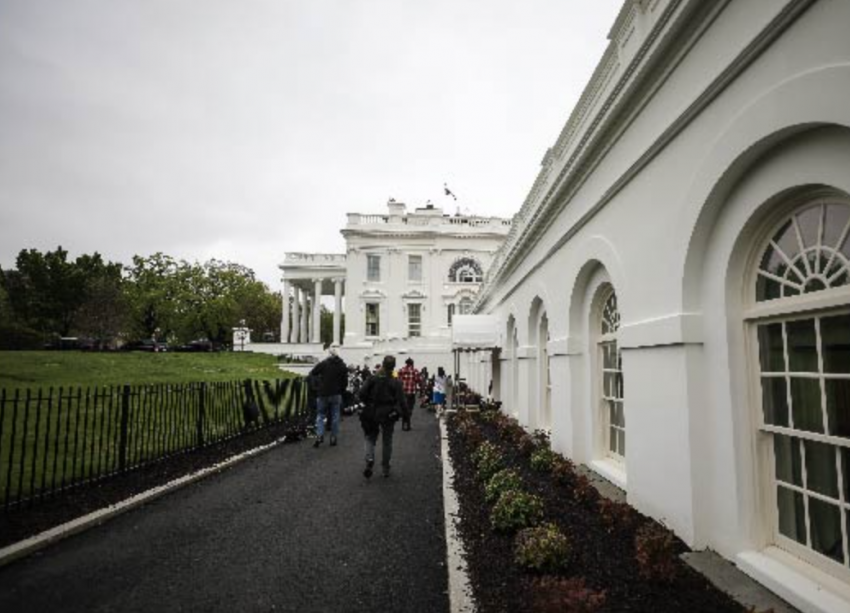 The Biden administration is continually fanning the flames of war.

It is almost like they want the world to descend into chaos, but why?

My personal thought is that since the COVID hysteria is waning and nations are lightening up their mandates and lockdowns, they need something to strike fear again.

Now, I am not sure if that is the exact reason, but I would not put anything past this administration or the elite world leaders that are pulling the strings behind the green curtain.

The mistrust for government is at an all-time high which is the reason so many people refuse to trust the narrative that any government official is touting.

That brings us to what occurred at the White House the other day when all the sudden, reporters who were going “live” to file their reports on what Biden said about Ukraine and Russia suddenly lost power at the same exact moment.

That is strange, right?

Ukraine was just gifted several billion from the US. Prior to getting that money, they were telling Biden to pipe down and stop adding “fuel” to the fire and claiming the war was NOT “imminent.”

Suddenly after getting all that money, they’re now parroting the US messaging of “imminent war.”

Crazy how that works, right?

Here is what Biden said:

BIDEN: "If Russia decides to invade, that will also have consequences here at home—but the American people understand that defending democracy & liberty is never without cost..I will not pretend this will be painless.”

Biden is a freaking moron if he thinks that the American people are just fine with super-high gas prices.

Let me say this again, but we do not need to be spreading “democracy” anywhere in this world, considering that first, we aren’t a democracy, and secondly, we are not the world’s police.

At any rate, why did the White House reporters all lose power as they rushed to get their LIVE stories out?

I looked for info on it, but they have released no info as of this publishing.

“He probably shit his pants so they cut the power”

“They’re literally letting him play pretend President while the rest of his appointees are actually running the country.”

“Did Joe go off script and ramble on about Corn-Pop again?”

“Plug the cord back in the outlet”

“Don’t they have solar panels?”

“This is rich, just like they knew about Iraq’s WMD aka “YELLOW CAKE” now they’re telling Feb 16 it’s going down yeah ok. You can only fool the people so many times.”

10 thoughts on “What Was The REAL Reason The Feed Was Cut When Biden Was Talking About Ukraine?”