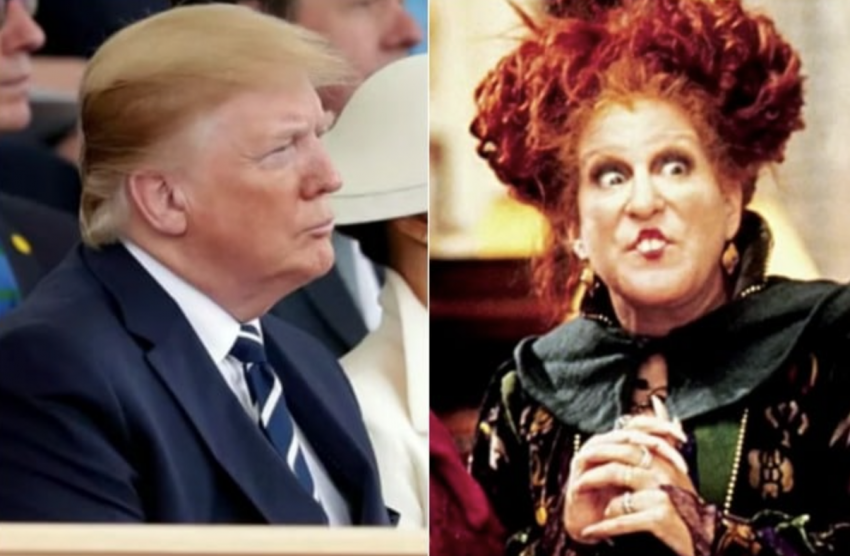 President Donald Trump broke liberals and they appear to have never recovered from it.

The TDS in many of them is so extreme that there is a clear break from reality and it only gets worse with each passing day. We have seen liberals melting down still over Trump on social media platforms, blaming him for all their woes. Despite the fact that Joe Biden “won” the election (and I mean cheated) they still can’t get Trump out of their heads.

These unhinged leftists have allowed politics, fake news, and hate to turn them into certifiable lunatics.

Now, Better Midler the vice president of the “Lunatics against Trump” is openly calling for Donald Trump to be arrested for attempted murder.

At this point, you are probably scratching your head, wondering what in the world could she even be talking about, right?

Well, Midler is talking about the attempted murder of Joe Biden, of course.

So here is the skinny.

A recent report claimed President Trump tested positive for COVID before the second presidential debate according to the information found in Mark Meadow’s new book.

Meadows claims in his book that Trump’s last White House chief of staff, in which he let slip that the big guy tested positive for COVID-19 three days before his debate with Joe Biden on September 29, 2020.

So, based on this, Bette wants President Trump arrested and charged with “attempted murder.”

Here’s what Bette said: “#DonaldTrump should be arrested for attempted murder. He tried to infect & kill #JoeBiden at the debate; by turning up too late to be tested, knowing full well he was positive; then screeched, sputtered, spit, and foamed at the mouth, hoping to infect Joe. He IS the devil.”

#DonaldTrump should be arrested for attempted murder. He tried to infect & kill #JoeBiden at the debate; by turning up too late to be tested, knowing full well he was positive; then screeched, sputtered, spit, and foamed at the mouth, hoping to infect Joe. He IS the devil.

Here are some comments from people online:

“You need to be in a memory care unit.”

“Hopefully Bette will find the happiness that has eluded her.”

“My God you are stupid, lady.”

“CALL YOUR SPONSOR, BETTE, YOU’VE FALLEN OFF THE WAGON AGAIN”

“From a distance it would appear that Bett has lost her marbles.”

“should #HunterBiden‘s son be arrested for giving his grandpa a cold?”

“Are you still crying about something that happened 18 months ago?”

“Good Lord you are crazy.”

“Do you listen to yourself, Bette? You’re the wind beneath a mental institution”

There are TONS of liberals in the comments who believe President Trump should be arrested for “attempted murder,” and they’re not joking.

They also think COVID is the most deadly disease that’s ever hit the planet.

That’s CNN’s doing. Our media is destroying this country and turning people into blithering idiots.