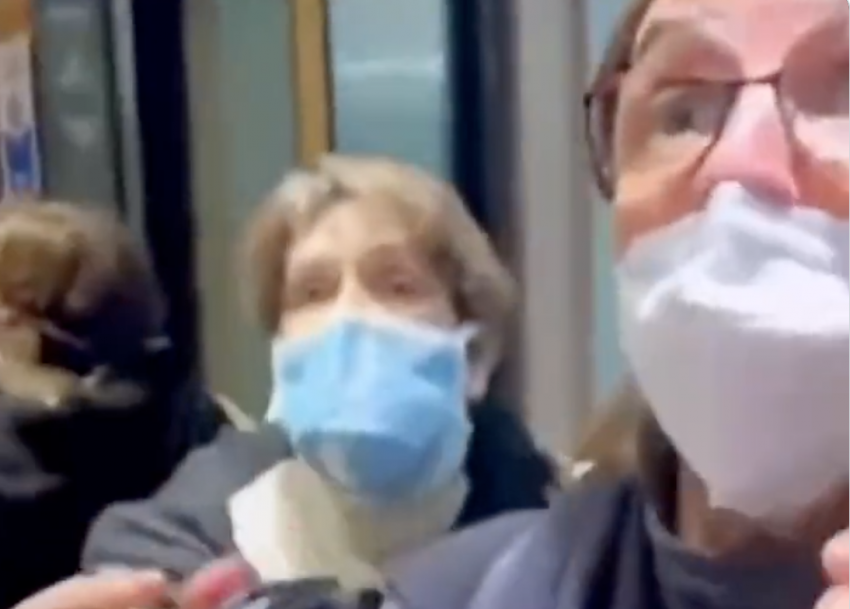 The COVID hysteria has reached an all-time high and people acting rather irrationally from it all. Of course, that is putting mildly since the response to those who are not wearing a mask or vaccinated has caused all-out brawls.

Just recently, on the Joe Rogan show, Dr. Robert Malone explained what this response is called.

In his interview with the top podcaster in America, Dr. Robert Malone explained how the global population is being manipulated into remaining in a constant state of hysterical anxiety via mass formation psychosis.

“What the heck happened to Germany in the 20s and 30s? Very intelligent, highly educated population and they went barking mad. And how did that happen?” asked Malone.

“The answer is mass formation psychosis.”

“When you have a society that has become decoupled from each other and has free-floating anxiety in a sense that things don’t make sense, we can’t understand it, and then their attention gets focused by a leader or series of events on one small point just like hypnosis, they literally become hypnotized and can be led anywhere,” he explained.

Shortly after this interview, Dr. Malone was banned from Twitter.

Please share this far and wide. This is what is happening. Help those who can’t see it yet. The suppression of free speech has played a brutal role in this mass formation psychosis. @joerogan pic.twitter.com/l9PUWQXKoF

It truly disheartening to see a HUGE tech company ban a well-known and respected doctor from its platform for speaking the truth.

However, this is the world we are now living in and it is getting scarier by the day.

There are constant examples of mass formation psychosis all around us which is why the banning of Dr. Malone makes no sense.

Friends, family, and co-workers have turned on those who are not vaccinated or refuse to wear a mask.

I can attest to that myself happening too. My northern family will have little to nothing to do with us since we are not fans of the vaccines and masks.

To be ignored or blocked on social media is one thing, but there are complete strangers attacking people to make them comply with a useless mask mandate.

A video that was recently shared on Tik Tok reveals a stunning example of two completely unhinged women who are clearly suffering from mass formation psychosis.

The video begins with two women (two Karens) entering the elevator and pulling out their cell phones to record a black male who’s not wearing a mask. The black male tells them to stop videotaping him as he tries to cover their phones. One of the women reaches out and strikes the maskless man. “Did you just hit me?” he asks. “Get out! Get out, Black Lives Matter!” the woman shouts. Major kudos to the man in the elevator, who remains unbelievably calm and maintains his composure better than most would under the circumstances.

More mask madness, this time in an elevator. The mask police are really nuts pic.twitter.com/3BpvLjdJwD

2 thoughts on “WATCH: Unhinged Women Screams “GET OUT!” & HIT Black Man For Not Wearing Mask”