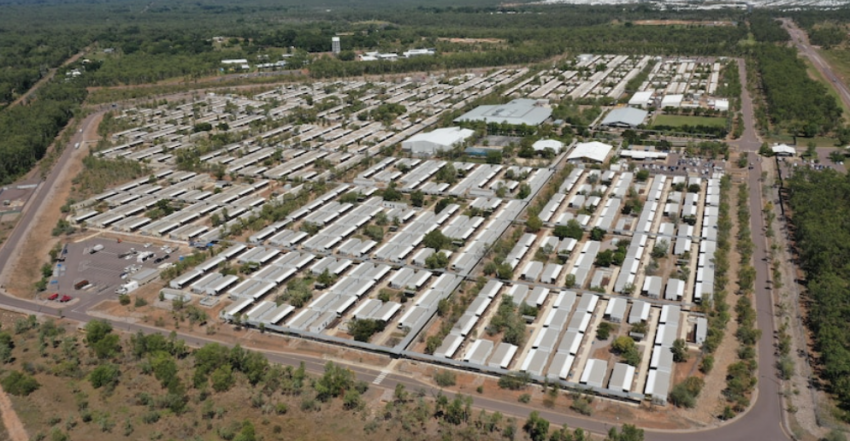 Remember back in 2019, when we all said that it was not two weeks to flatten the curve or that it was just simply to wear a mask in stores? So many of us said the government would start by saying it was just a couple of weeks before moving on to showing proof of your vaccine before traveling or entering establishments. Then if it was not stopped at that point, it was just a hop, skip, and a jump to COVID quarantine camps for those who tested positive.

Of course, those who suggested such a thing were scoffed at for being so absurd but just take a quick look at what is happening in Australia just a short two years later.

Australia has confirmed that they are locking individuals into COVID-19 concentration camps, stating it’s for “public health.”

Anyone with an ounce of common sense knows it’s barbaric imprisonment, and no amount of State-sponsored propaganda says otherwise.

The Nazi Australia regime pathetically tried to promote their COVID-19 concentration camps as a joyous holiday.

They resorted to using scantily-clad models to convince outsiders that it’s one big party.

Lol. Just discovered that there's a Howard Springs hashtag on Instagram, and it's full of hot babes posing at what @timcast calls a "concentration camp"https://t.co/q91bZGEFrp pic.twitter.com/0NKye6mshJ

Left: How Australia wants you to imagine Howard Springs.

Let’s be honest, if the “camp” was so nice and relaxing, why was there a recent jailbreak from Howard Springs?

Seriously, who would ditch hot babes in string bikinis and pool parties?

Innocent people have escaped from an Australian concentration camp, and the police are out in force to arrest them. While actual criminals are walking the streets. This is the Woke upside down inside out lunatic globalist Elite control lunacy?https://t.co/xRe6kHQP5y

Recent footage from a former Howard Springs prisoner exposes the level of insanity of the Nazi Australia regime.

It’s the power, control, and enslavement of the global population.

The footage from Howard Springs should be an eye-opener for the world:

Hayley Hodgson recounts how police came to her home in Australia after a friend tested COVID positive and made her go to the Howard Springs quarantine camp, where she was forced to stay 14 days despite testing negative three times.https://t.co/0GOCtoVyqcpic.twitter.com/WKnxXfpiLP

Hayley Hodgson, 26, moved to Darwin from Melbourne to escape the never-ending lockdowns — only to find herself locked up in a Covid Internment Camp without even having the virus. She’s just returned from a 14-day detention at Howard Springs, the 2000-capacity Covid camp outside Darwin to which regional Covid cases are transported by the authorities. In an exclusive interview with Freddie Sayers, she recounted her experiences.