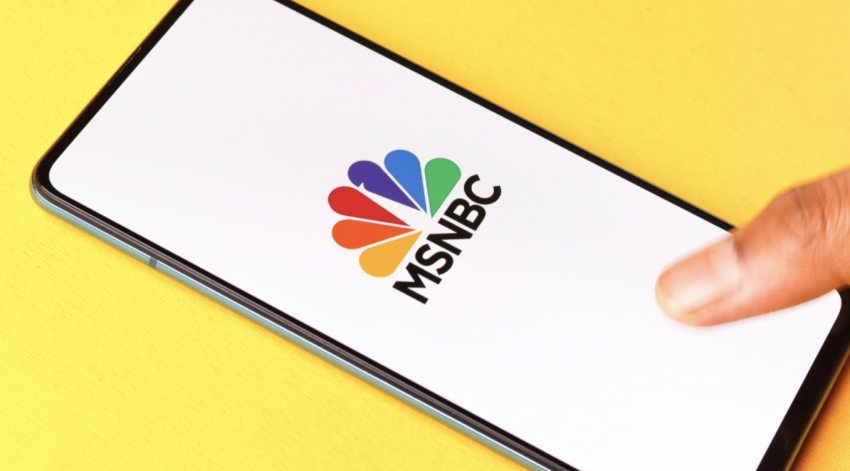 Uh oh, there is a rumor running on Twitter that one of MSNBC’s hosts is about to be axed.

Who can it be?

After all, there are plenty of talking heads on that network that definitely could be canned, right?

Well, the top one that I could personally love to see given the “red-slip” would be Joy Reid. Reid’s racist rants and hateful rhetoric have been a trip to watch over the year, but it hasn’t been bringing in the ratings that would translate to bigger paychecks.

Reid’s been doing all that she can to protect Joe Biden at all costs, despite the damage his policies have inflicted upon the nation.

Funny how quickly people have forgotten what the Obama/Biden administration did to the country, huh?

If anybody deserves to lose their show, it’s Reid. She serves as nothing more than a mouthpiece for the Democrat Party.

From The Daily Wire:

MSNBC host Joy Reid brought joy to numerous people on social media when a rumor began to spread that the network plans to fire the low-rated host this spring.

Jon Nicosia, a former editor at Mediaite, reported on Thursday that an anonymous source at Comcast told him Reid’s fate had been sealed. “Joy Reid will lose her 7p show in the next round of reshuffling at MSNBC,” the source said, according to Nicosia. “She does not have a show come mid Spring,” and the “decision has been made, the only thing left is messaging on the move, which will be ratings.”

Source @ Comcast: "Joy Reid will lose her 7p show in the next round of reshuffling at MSNBC." – "She does not have a show come mid Spring" – The "decision has been made, the only thing left is messaging on the move, which will be ratings" – 1/

Also, like Cuomo at CNN. Watch for MSNBC/Comcast to defend her right until the announcement.

Joy Reid lost her show. She will scream racism pretty soon. I’m so happy they got rid of that pile of filth.

News breaking that Joy Reid is being fired by MSNBC on January 6th would actually make this a date worth memorializing. https://t.co/HmLfm4NwCd

Joy Reid is retiring to spend more time with her gay friends and track down the person who hacked her account. 🤓

All 6 of Joy Reid's viewers are hurting tonight… thoughts and prayers.

shit…there goes a third of my material. first chris cuomo, now joy reid….if i lose don lemon, i may have to report on actual stories!! https://t.co/f3EdAJqcgL

This is exactly what happens when inmates are allowed to run the asylum. When children are in charge, the country falls apart.

It is really that simple.

How Joy has her own show on any channel is a question that may never be answered.

From The Daily Wire:

The personal assaults on the Murdoch family emanated from MSNBC’s Joy Reid, as well as CNN’s Jim Acosta and Brian Stelter.

Reid began the media pressure campaign by first targeting FNC, comparing Tucker Carlson’s Fox Nation programming to ISIS propaganda videos. “I used to watch, for my job, those ISIS little mini-films they would make to try to recruit young [involuntarily celibate males] to join ISIS. They would have the same sort of live action, try to incite, try to excite, like, young men kind of vibe that Tucker is creating in his trailer,” she said on Friday’s episode of “The ReidOut.”

Reid said, “Arguably the greatest threat to our democracy continues in its quest to rot this country out from the outside. No, no, not the Republican Party this time. I’m talking about Fox News.”

Check this out, via Breitbart:

Reid, a black woman, on Monday hosted her first episode of The Reid Out, her new primetime show replacing the ousted longtime MSNBC anchor Chris Matthews. Reid’s rise to prominence comes amid the rise of the Black Lives Matter movement, and after Matthews—the host of Hardball for more than 20 years—was pushed out after a string of controversies plagued the end of his career.

.@JoyAnnReid I’ve seen @JoeBiden say the “N-word” 13 times so comfortably. Ask him on your show did practice make him perfect? https://t.co/RmJOan7Muf

Check out Reid’s reactions in the past…

You’ve been DYING to say it, haven’t you, Joe. You probably say it on your own all the time. Well your hood is off now. We see you. https://t.co/AXrR7X7r3L

Perhaps the most important "I have a black friend" rule just stated on @MHPshow: you don't get to use the n-word. Nope. Never. #nerdland