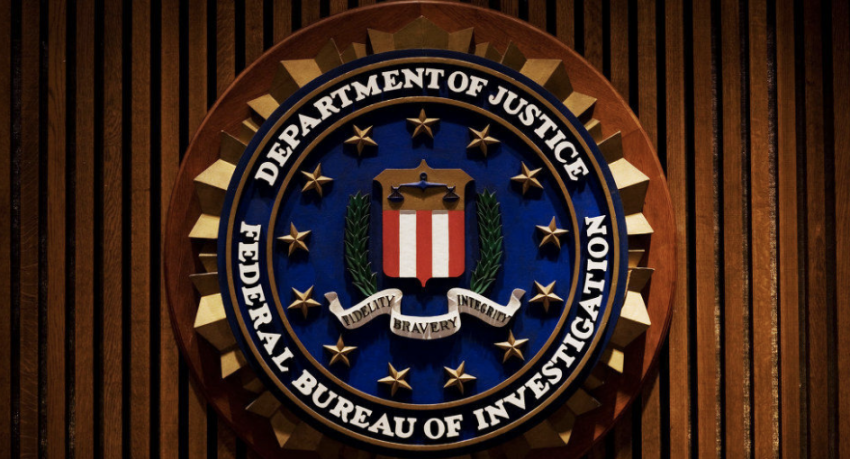 The Biden administration has not wasted any time pushing their leftist agenda and it appears they are just getting warmed up. It was a surprise to most Americans to learn that the administration would be expanding their domestic terrorism in the DOJ.

After all, those in the DOJ did not seem all that concerned when the BLM and ANTIFA were busy burning down American cities last summer at all.

In fact, if you remember, Joe Biden, Kamala Harris, and other Democrats were rooting for these “peaceful protesters”.

Then to add insult to injury, these same Democrats raised BAIL money to let these terrorists out of jail.

So considering all that, many red-blooded Americans are pretty wary of who this unit is targeting, and you don’t need Sherlock Holmes to discover the truth.

Just look what they did with January 6th. They took a 2-hour melee -a protest that got out of hand – and turned it into the worst thing since 9/11.

That’s not true, and we all know it, yet the left is pushing full-force with that narrative, and the media – as always – is right there to back them up.

This is how Biden’s admin describes the so-called “threat” the country is facing:

The Justice Department is establishing a specialized unit focused on domestic terrorism, the department’s top national security official told lawmakers Tuesday as he described an “elevated” threat from violent extremists in the United States.

Assistant Attorney General Matthew Olsen, testifying just days after the nation observed the one-year anniversary of the insurrection at the U.S. Capitol, said the number of FBI investigations into suspected domestic violent extremists has more than doubled since the spring of 2020.

“We have seen a growing threat from those who are motivated by racial animus, as well as those who ascribe to extremist anti-government and anti-authority ideologies,” Olsen said.

Does that sound like BLM and Antifa, or the Black Panthers, to you?

Or does it sound like Trump supporters, libertarians, and constitutionalists?

As you know every single one of us is raging “racists” and “hate the government”.

In case you stumbled onto this article and have any misconceptions thinking this is how we believe, let me be the one to help clear this up for you.

We are not racists and it is clear that if you believe that then you do not know the English language or what the word racist truly means.

Second, we are not anti-government but rather are attempting to save the government from taking over EVERY aspect of our lives.

Our nation was built on the premise of freedom and that means for the individual and not what is best for the collective.

We are not a democracy but a DEMOCRATIC REPUBLIC or as some may say a constitutional republic.

Democracy is mob rule and that is not what any nation should follow. A little reading of history would do a lot of these morons some good, right?

Sorry, I digress, so let’s get back on track.

There is a story out of North Carolina has some people feeling very uneasy. It’s about a program the US Army leads, where they train soldiers to fight in “realistic guerrilla wars” and they do these training practices in rural North Carolina.

Many people saw this story and thought: They are preparing for an American Uprising.

But is that really what’s happening here?

This training is a “regular event” that’s been around for decades. So it’s not like it just came out of nowhere. However, since these are not “regular” times, this training is getting scrutinized with a unique set of eyes by many people who are growing more and more worried about Joe Biden and Dems divisive and dangerous rhetoric regarding January 6th and painting their political enemies with a very broad and “terroristic” brush.

The Army has been doing this type of training since the 90s and they announce it, to avoid anyone seeing it and thinking it’s real.

The Charlotte Observer reported that a “realistic” guerrilla war will be fought across two dozen North Carolina counties this month, with young soldiers battling seasoned “freedom fighters,” according to the U.S. Army. The two-week “unconventional warfare exercise” will be staged Jan. 22-Feb. 4 on privately owned land. And it will be realistic enough to include the sounds of gunfire (blanks) and flares, the U.S. Army John F. Kennedy Special Warfare Center and School said in a news release. Exact times, locations and exercise specifics are not provided.

However, advance publicity is intended to make sure civilians — including law enforcement officers — don’t mistake the fighting for terrorism or criminal activity, which has happened in the past. “Residents may hear blank gunfire and see occasional flares. Controls are in place to ensure there is no risk to persons or property,” the warfare center said.

“Residents with concerns should contact local law enforcement officials, who will immediately contact exercise control officials. … For the U.S. Army John F. Kennedy Special Warfare Center and School, safety is always the command’s top priority during all training events.” Called Robin Sage, the exercise serves as a final test for Special Forces Qualification Course training and it places candidates in a politically unstable country known as Pineland. The candidates face off against seasoned service members from units across Fort Bragg, as well as specially trained civilians, officials said. The setting is “characterized by armed conflict,” forcing the students to solve problems in a real world setting, the center says. “These military members act as realistic opposing forces and guerrilla freedom fighters, also known as Pineland resistance movement,” the center said. “To add realism of the exercise, civilian volunteers throughout the state act as role players. Participation by these volunteers is crucial to the success of this training, and past trainees attest to the realism they add to the exercise.

Just yesterday, in Atlanta, Joe Biden suggested that you’re a “domestic terrorist” if you oppose his plan to federalize elections.

What kind of dangerous rhetoric is that?

Nowadays, everything that goes against the regime is “domestic terrorism.”

Let’s not fall into that trap they’re setting. Stay the course, and keep fighting with your words and your knowledge, because we are winning.