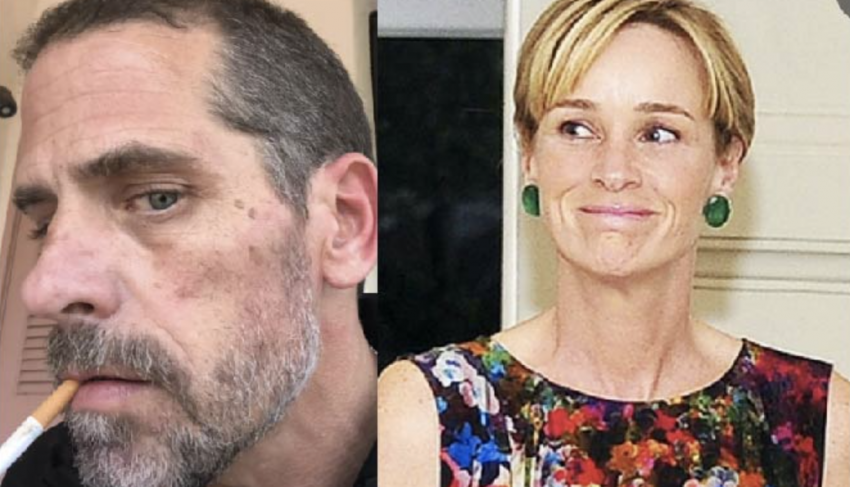 Things are about to get very interesting with the Biden family, and thankfully, we all will have a front-row seat.

The media and the social media giants have been working overtime to protect Hunter Biden from all his devious deeds. You remember last year when Twitter and Facebook banned anyone who mentioned Hunter Biden’s laptop, right?

The social media behemoths worked feverishly to keep the information about Hunter under wraps from the public. They then launched a campaign to call everyone who even dared question what was discovered on the laptop as ‘conspiracy theorists.

That may have worked for a while with what I like to call the ‘low-hanging fruit’ voters who Biden easily convinced of his innocence, but the rest of us.

Now, Hunter Biden’s ex-wife is back, and she is set to release a TELL ALL about her former crackhead husband.

The book will not hold back and will detail his addictions, alleged affairs, and alleged abusive behavior.

The book is titled “If We Break: A Memoir of Marriage, Addiction, and Healing,” and it’s set to come out on June 14.

This is the first time she’s commented about their disastrous marriage, divorce, and aftermath.

The couple was married in 1993 and had three children together before ending their marriage after 24 years.

‘When my marriage ended, I felt like I’d lost my sense of who I was,” Buhle told People Magazine. “Anyone who has seen addiction ruin a relationship, or been through infidelity and divorce, can tell you how devastating it feels. But what I also realized through those crushing experiences is that I needed to find a way to stand on my own.”

“Writing this book has been incredibly healing for me,” Buhle continued, “and my hope is it will be meaningful to those who have been through addiction or divorce, and especially to women who have felt like their entire identity was tied to their spouse. In the end, divorce allowed me to find my strength.”

Here’s what the Daily Mail is reporting:

The book will discuss the “heavy toll” drug addiction takes on relationships, as Hunter Biden, fueled by a coke and alcohol habit, spent the couple’s money on drugs, alcohol, strippers and prostitutes, and engaged in an affair with his dead brother Beau’s wife Hallie.

Buhle accused Hunter of having an affair, being “emotionally abusive” and using Viagra after she discovered his relationship with his brother’s widow, emails obtained by DailyMail.com have shown. She tried for years to try help him beat his addiction to crack cocaine and booze, before [she] found out that he was having a relationship with his sister-in-law Hallie.

I wonder if Jen Psaki will call this “Russian disinformation,” like she did Hunter’s laptop?