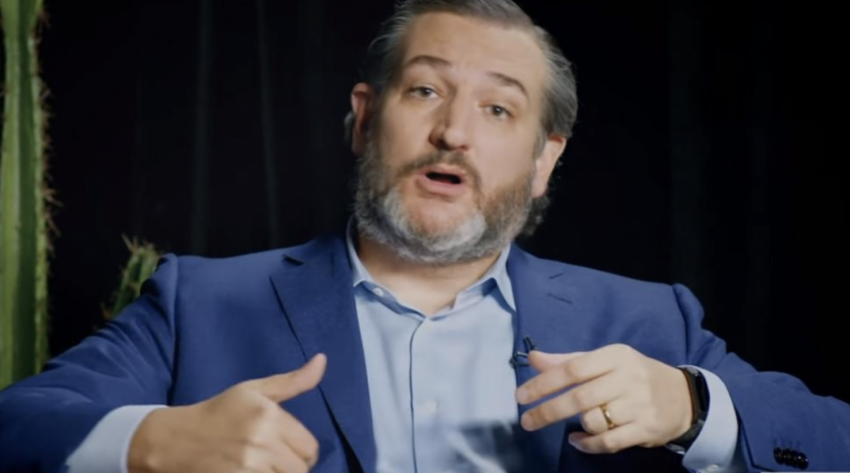 It does not take a genius to see that the left is going to be raked over the hot coals in the 2022 midterms.

The polls for Joe Biden are in the tank and it does not appear that they will be inching up anytime soon. especially the way the economy is looking.

Now, Den. Ted Cruz has stumbled on another way to gauge what the people will do in the midterms that is much more powerful than a poll.

During a recent interview with The Daily Wire, Ted Cruz revealed “three words” that signal a political “bloodbath” for the midterms:

You must be wondering what those three words could be?

Do you have a guess?

Once I say them you will recognize them immediately.

That is right, this three-word phrase is signaling disaster for the Democrat party.

Cruz has stated that this simple, yet effective chant shows that a RED TSUNAMI is on the way to clean out the swamp.

Ted says those three words basically encapsulate all the failures of the Biden administration, which span from border failures to his bumbling the pandemic response and everything in between.

The Daily Wire reported that Sen. Ted Cruz (R-TX) told The Daily Wire this week that the “F*** Joe Biden” chants that have broken out at sporting events across the country signal not “a wave” but a “tsunami” is set to hit Democrats in this fall’s midterm elections as he warns Democrats are facing an all-out “bloodbath.”

Cruz pointed to the Democrats managing to “screw up every single issue they’ve touched” — including Biden’s border crisis, handling of the pandemic, and “disastrous” foreign policy decisions — and the skyrocketing inflation rates being felt by consumers across the country. At one point during the interview, Cruz said, “Biden’s administration in just a year is already worse than Jimmy Carter.”

Cruz definitely seems to be onto something here, but what’s shocking is that Dems didn’t open their eyes to their failures earlier, and change course.

Now, Dems are trying to reverse their tyrannical COVID regulations, but it all looks so staged and political.

And no matter what, the American people can see through all of it.
[spbsm-follow-buttons]