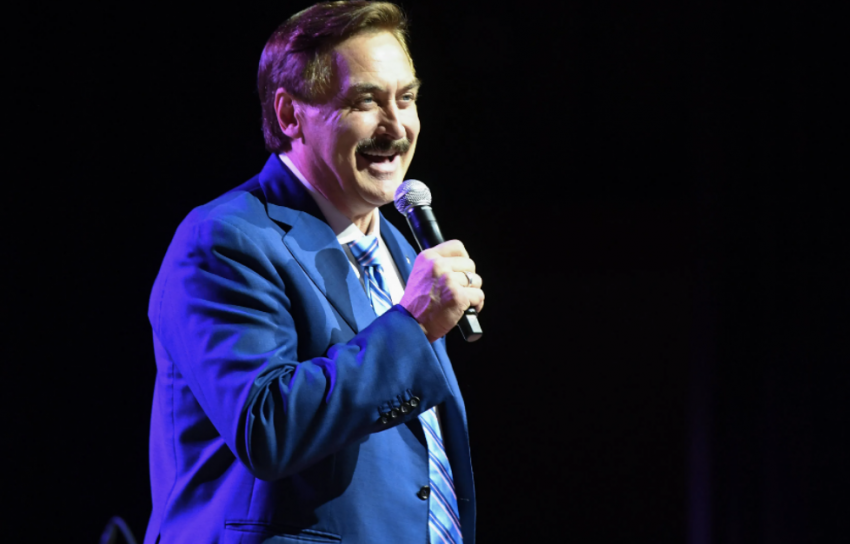 Mike Lindell is just an amazing man that does not give up.

I can totally see why he and President Trump are friends.

They both hold the same drive that pushes them to keep going when most people would give up.

However, when you know that you have the truth on your side that is what keeps you forging ahead.

Lindell is a true American patriot and I just wish there were more of him out there to stand up against the liberal lunatics.

Mike will not back down and is continuing to fight against the left as we head into the 2022 midterms.

He is still railing against the 2020 election results since he is well aware that if we don’t fix what happened two years ago, it will only continue to happen.

So, what is he doing now?

Mike is bringing up a massive class-action lawsuit, but wait there’s more.

The lawsuit is against what he claims are “defective machines”.

Just take a look at this:

Mike Lindell announces today that “hopefully next week” (😂) he will be filing “the most important class action lawsuit in world history” to ban all voting machines in America. pic.twitter.com/gg4PDY2ZpS

Here is the full video for you…

Watch it here on Rumble:

Here is what the HuffPost reported (ignore the far-left slant):

Lindell seemed perfectly serious when he made the announcement during a speech endorsing Arizona GOP gubernatorial candidate Kari Lake.
His lawyers have been working on the suit for five months, and will argue that “all machines” are “defective devices,” Lindell said.
“We’re going to get rid of these machines once and for all, for any election in history,” he added, to cheers from the audience.

He later insisted to The Daily Beast that he was talking about voting machines, though that’s not what he said.

Lindell is being sued by Dominion Voting Systems for more than $1.3 billion in damages for defamation in what the suit calls his “viral disinformation campaign.”

This is why so many people continue to support Mike Lindell and his products.

Lindell is putting his money where his mouth is and is fighting against these liberal cheats.

I personally love Lindell’s products and his pillows are just amazing! I totally need to try the sheets too.

Mike is an amazing guy!

A great American with Christian values that do not let the far-left dictate what he is going to do.

We need to keep him in our prayers as he continues to fight for our Republic and the future of this nation.

4 thoughts on “Mike Lindell Has Announced Legal Action That Will Make Them All Pay!”