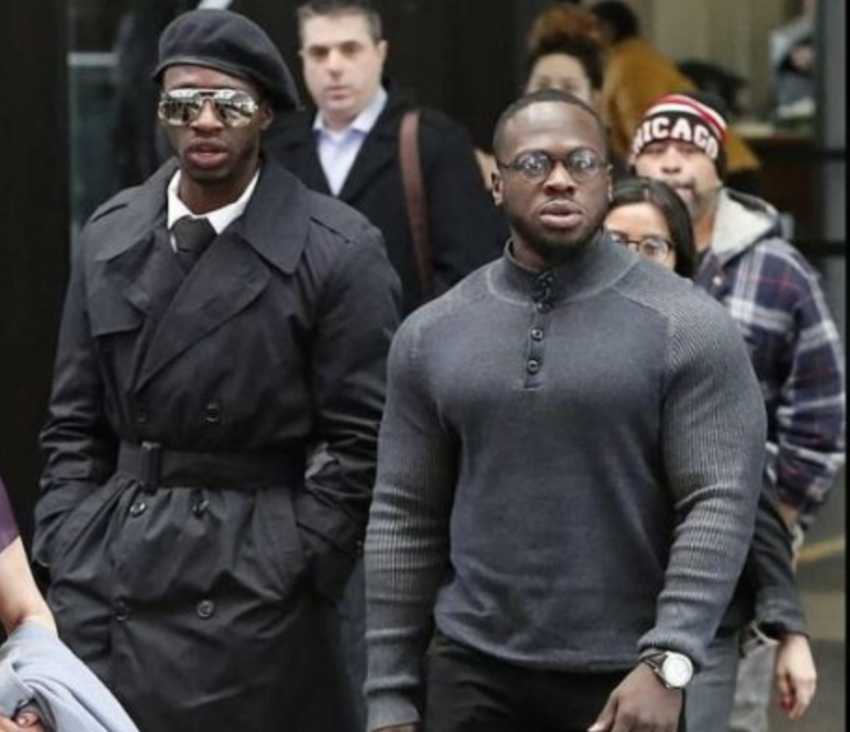 The trial for Jussie Smollett has begun and it is not looking too good for the former ‘Empire’ actor. Well, that is according to reports of people watching and tweeting from inside the courtroom since there are no cameras allowed during the trial. The tweets show the brothers who are the prosecution’s star witnesses against Smollett have revealed why the two agreed to take part in a hate hoax.

It was not just about the $3,500 Jussie paid them as the media has been trying to portray it.

Matt Finn is a Fox News reporter who is on the scene inside the courtroom and here’s what he’s tweeted:

Osundairo says they used the code word “training” for a dry run of alleged fake attacks.

Osundairo says Smollett drove them to the exact staircase where he wanted them to carry out the plan. Mentioned that a camera would capture it.

Osundairo’s brother testifies Smollett told them to use N-word, F****t, and MAGA. Bola Osundairo says he knew what MAGA stood for and was related to Trump

Osundairo testifies Smollett wanted the incident to be caught on camera to be “used for media.” But, the camera did not point toward the incident.

As you can see it was not just about the $3,500 at all but for future earnings. The brothers felt that since Smollett had helped them in the past, this incident would bring the actor more fame which in turn would help the struggling actors.

It is going to be difficult in my personal opinion, for Jussie to convince the jury that he had nothing to do with this at all. After all, the brothers are pretty dumb for getting involved in such a moronic plot, but they also come off as credible too.