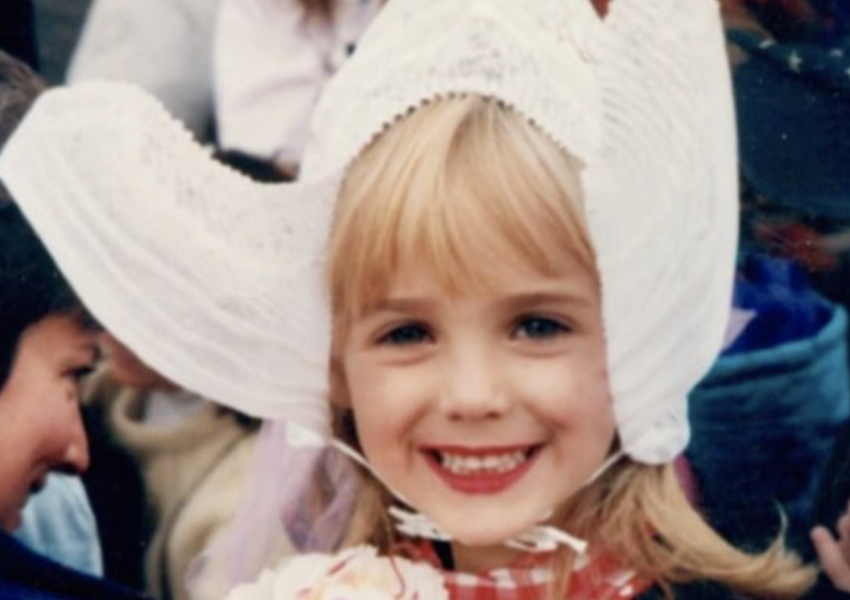 The JonBenet Ramsey case has gone cold with many people wondering if it will ever get solved, and maybe just maybe it was just broken wide open again.

We all remember the case of JonBenet Ramsey and her tragic murder. The beautiful girl was found dead in her home the day after Christmas, but no one was arrested for her murder.

Over the years, there have been thousands of suspects, but still, NOT one person has been held accountable for the crime.

However, that may change after a new piece of evidence was discovered and it points to no other than Ghislaine Maxwell.

Is anyone really surprised?

Of course, this is not definitive, and I am just going to provide you with the image and you can make your own conclusion from it. After all, that is exactly how critical thinking skills are used.

It all stems from a new photo that has recently been discovered.

Is Ghislaine Maxwell in this picture with JonBenet Ramsey?😰 pic.twitter.com/DkoeuMDDnr

It is pretty apparent that JonBenet is front and center, but look toward the left of the frame, and tell me who that looks like?

The nose, the shape of the face, and the hair?

Here it is again:

Not me just seeing a tik tok of a picture of Jonbenet Ramsey with Ghislaine Maxwell! pic.twitter.com/EYqOVqymQg

Here is a zoom in on the photo: Here are a bunch of photos together to help you decide.

Now, it appears like this woman is a dead-ringer to Maxwell to me.

It is the nose that gives it away: Twitter user Justin Time is even suggesting Google Lens has confirmed it is Ghislaine via facial recognition:

Here is more from We Love Trump’s, Noah:

I ran it through Google Lens myself and did not get the same result, but they could have changed the search results after the story broke.

In any event, there’s more here than just a photo.

Of course, Snopes has already reported on the story and found it to be “Unproven”.

I find that interesting because they love to rate things as “False” whenever they can but even the far-left propagandists at Snopes could only say “Unproven” on this one.

It’s also interesting that even Snopes confirms the photo is real and accurate:

This is a genuine photograph of Ramsey. However, the identity of the woman in the background is unknown and there’s little evidence to support the claim that this person is Maxwell.

Then they say this:

There is little evidence to support the claim that Maxwell can be seen in the background of the viral photograph of Ramsey. In fact, this claim appears to be based almost entirely on the fact that the woman in the photograph and Maxwell both have short dark hair. The viral photograph only gives a partial glimpse at this person’s profile, making it very difficult to identify this person with any accuracy.

I think it’s much more the nose and the profile of the face!

But that’s just me.

But that’s not all….

Snopes also confirmed another very interesting detail: both the Ramsey parents and Ghislaine Maxwell hired the same law firm to represent them.  Just a coincidence, I’m sure:

While the person in this photograph could be just about anyone other than Maxwell, social media users did point out one interesting connection between the accused sex trafficker and the Ramsey case: They both involved attorneys from the law firm Haddon, Morgan, and Foreman.

This appears to be true. In 1997, Boulder, Colorado’s “The Daily Camera” reported that the Ramseys had hired “a pair of powerful Denver attorneys to advise them in the case,” including G. Bryan Morgan, a founding partner of the Haddon, Morgan, and Foreman law firm. And court documents show that Maxwell was being represented by Laura Menninger, an attorney at this same firm, as recently as May 2020 in a civil suit. It’s unclear if Menninger will also be representing Maxwell during her criminal trial.

It should be noted that these two cases are separated by more than 20 years. Moreover, Haddon, Morgan, and Foreman have been involved in a number of high-profile cases (or cases involving high profile people), such as Harvey Weinstein, Kobe Bryant, Hunter S. Thompson, and Charlie Sheen. The lawyer who defended Oklahoma City bomber Timothy McVeigh also had a temporary office at Haddon, Morgan, and Foreman. In other words, the fact that Maxwell and the Ramseys turned to the same law firm says more about the firm’s penchant for high profile and controversial cases than it does any connection between its clients.

Even that’s not all….

Suddenly all the MSM outlets are running a story about JonBenet Ramsey today that DNA evidence is still being analyzed and cannot be ruled out to solve the crime!

Twenty-five years after JonBenet Ramsey was killed, police say DNA hasn’t been ruled out to help solve the case. https://t.co/4V4QNTxdj3

JonBenet Ramsey, 6, was found dead in the basement of her family’s home on Dec. 26, 1996, bludgeoned and strangled, several hours after her mother called 911 to say her daughter was missing and a ransom note had been left behind.https://t.co/vjPvjS6RDC

Here is US News and World Report:

Boulder police have been working closely with state investigators on “future DNA advancements,” the department said in a statement Monday addressing the anniversary of JonBenet’s death.

“As the Department continues to use new technology to enhance the investigation, it is actively reviewing genetic DNA testing processes to see if those can be applied to this case moving forward,” it said.

In recent years, investigators have identified suspects in unsolved cases by comparing DNA profiles from crime scenes and to DNA testing results shared online by people researching their family trees, i ncluding the Golden State Killer in California.

In Oregon earlier this year, a man was accused of killing two people who disappeared 20 years apart after forensic genealogy linked him to the 1999 disappearance and presumed death of one of them. Christopher Lovrien has pleaded not guilty to murder charges.

It’s unclear if this is the method investigators plan to apply to the JonBenet case.

A police spokesperson, Dionne Waugh, said she could not comment further because the investigation is still “active and ongoing.”

Investigators have analyzed nearly 1,000 DNA samples during the course of the Ramsey investigation, police said in the statement, along with receiving, reviewing or investigating more than 21,016 tips, letters and emails. Detectives have traveled to 19 states to interview or speak with more than 1,000 people in connection with the case, the department said.

Tests in 2008 on newly discovered DNA on JonBenet’s clothing pointed to the involvement of an “unexplained third party” in her slaying, and not her parents, John and Patsy Ramsey, or their son, Burke. That led former district attorney Mary Lacy to clear the Ramseys of any involvement, two years after Patsy Ramsey died of cancer, calling the couple “victims of this crime.”

Are we about to solve one of the oldest unsolved cases?

Is Ghislaine the culprit?

Here is even more, from Rumble:

1 thought on “Is Ghislaine Maxwell Connected to JonBenet Ramsey?”