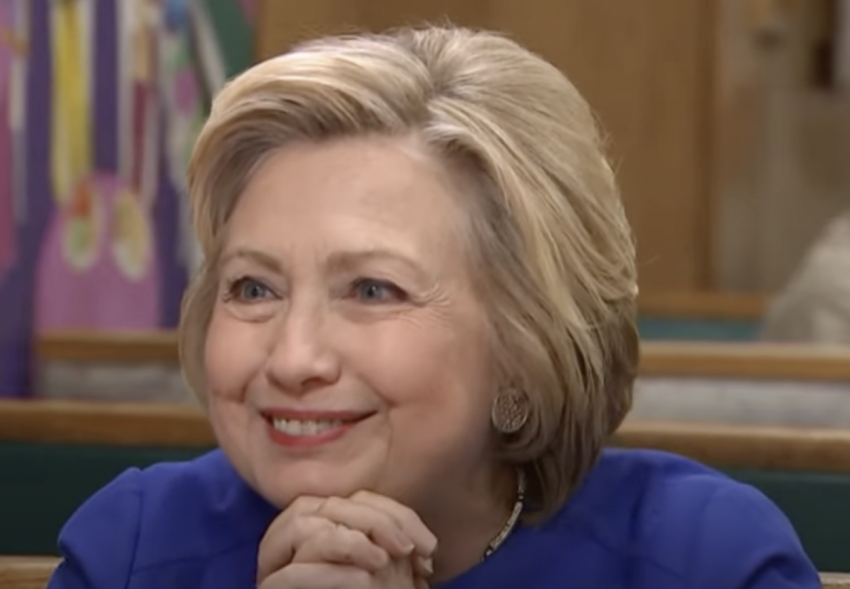 When will this woman just fade off into oblivion already?

We all know that Joe Biden is slipping away slowly and the Democrats are panicking, but that doesn’t mean you pick Hillary to save the day.

However, it seems that way since Hillary is inserting herself back in the political arena.

How is that known?

Well, Hillary has started political fundraising again and she has not done that since 2020 which is a big red flag.

In fact, Hillary has been spotted campaigning for her buddy and failed running mate Tim Ryan, at a $2,900 per-head price tag.

This move, along with her comments condemning far-left members of her party, has fueled more speculation that we could see likely Hillary running for president yet again in 2024.

The Daily Caller reported that the fundraising event, which will be held on Zoom, was first announced by the Ryan campaign Jan. 18. The minimum donation for admission is $2,900, and donors can become event co-chairs for $20,800. Ryan is the presumptive Democratic nominee in the race to succeed retiring Republican Sen. Rob Portman, although he does face a left-wing primary opponent in former Consumer Financial Protection Bureau employee Morgan Harper.

Both Hillary and Bill Clinton are reportedly looking forward to playing a renewed role in Democratic Party politics. Hillary Clinton participated in two fundraisers for then-candidates Joe Biden and Kamala Harris during the 2020 election cycle, although she was ultimately overshadowed by fundraising surrogates like Stacey Abrams and Massachusetts Sen. Elizabeth Warren.

Hillary Clinton’s continued interest in party politics is “about being relevant and people seeing [her and Bill] as a net positive, not a net negative,” a former campaign bundler for the Clintons reportedly told Politico.

Several former Clinton advisers have suggested that Hillary Clinton would consider a 2024 presidential run. Douglas Schoen, whose business partner served as a chief political strategist on Clinton’s 2008 presidential campaign, argued in a Wall Street Journal op-ed that the former New York senator could serve as a moderate alternative during the 2024 primaries. Former White House adviser and current Newsmax contributor Dick Morris claimed that there is a “good chance” that the 2024 presidential election will feature a Clinton-Donald Trump rematch.

Seriously, how many more times are they going to push for Hillary?

These liberal elites claim that they are the party of diversity, but continue to peddle the same stale so-called leaders out in front of everyone.

They have nothing new to offer the people at all and that is painfully obvious by Hillary Clinton popping her head up again.

Hillary feels that she was robbed and deserves to be crowned and won’t stop till that happens, no matter how much it hurts the country.

1 thought on “Hillary Just Made A Huge Move That’s Got The 2024 Rumor Mill Buzzing.”