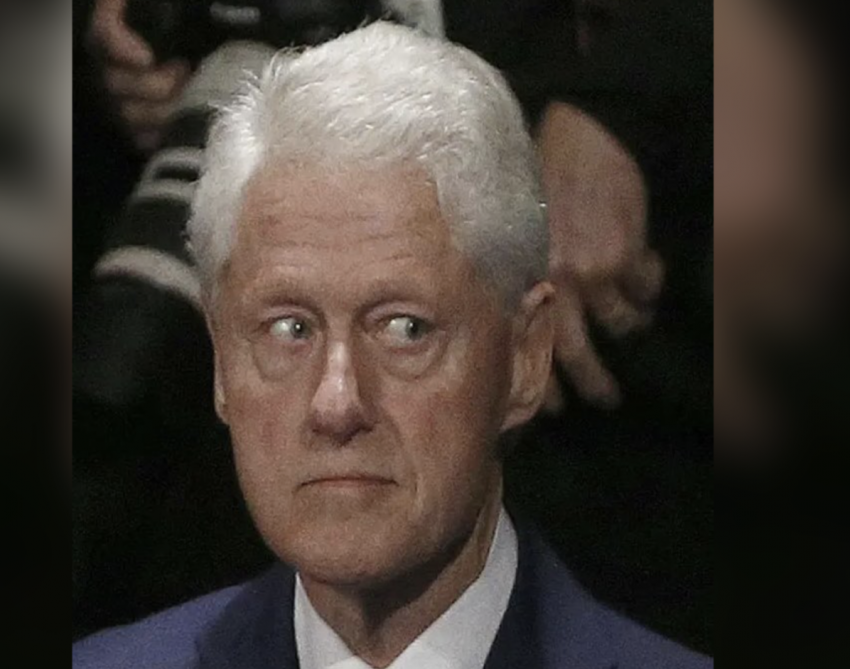 Uh oh, I am sure the Clinton’s are getting a little nervous after this report hit the wire.

Ok, not just the Clinton’s but ANYONE who had their name jotted down in Jeffrey Epstein’s or Ghislaine Maxwell’s little black book.

Also, Ghislaine Maxwell did not kill herself.

I am just going to mention that now in case she finds herself suicided in her jail cell one morning.

Maxwell had fought the release of her “John’s” names but then a new report came out saying she had dropped her defense of hiding the names.

The long and short of what that means is that we may have full disclosure very soon.

Here are more details, from Mediaite:

In December of last year, a Manhattan jury in Maxwell’s trial returned guilty verdicts in five of the six charges against her after six days of deliberations. Maxwell faced federal charges that included conspiracy, violations of the Mann Act, and sex trafficking a minor for her role as Jeffrey Epstein’s longtime confidante and now-convicted accomplice, related to what prosecutors described as Epstein’s “Pyramid scheme” of sexual abuse of minor girls.

Depending on what lies underneath the redactions, the unsealed information could make waves inside the same courthouse, and around the world.

Giuffre, one of Epstein’s many alleged victims, filed a federal lawsuit in New York in August of last year accusing Britain’s Prince Andrew of sexually abusing her on multiple occasions when she was 17 years old. Her lawsuit against Alan Dershowitz—and his countersuit against her—are also playing out in the Southern District of New York.

In a legal brief filed on Wednesday, Giuffre requested that the judge unseal the names of the John Does currently kept out of the public eye, in part due to their complaints of how disruptive the media attention would be to their lives.

“Upon review of the objections of those Does, it is apparent that their objections essentially mirror objections to unsealing that this Court has already rejected,” Giuffre’s lawyer wrote, as cited by the producer of the Prince and the Pervert podcast that is chronicling the events of this case.

Maxwell has previously fought the unsealing of the legal names of the John Does revealed in the still-sealed court documents, but a letter from her lawyer dated January 12th notes that Maxwell “does not wish to further address” detailed objections submitted by Non-Party Does 17, 53, 54, 55, 73, 93, and 151. You can read the full letter below.

The fact that Maxwell is no longer interested in keeping the names sealed doesn’t mean, of course, that they will be revealed. That decision will be left to Judge Loretta Preska, who is presiding over the case. What it does likely indicate, however, is that now that Mawell is a convicted felon, she doesn’t really care about protecting the names anymore.

"Now that Maxwell’s criminal trial has come and gone, there is little reason to retain protection over the vast swaths of information about Epstein and Maxwell’s sex-trafficking operation that were originally filed under seal in this case." pic.twitter.com/aTNlj1KS5u

It is making sense now, right?

They never offered Ghislaine Maxwell a deal in exchange for names

And now you know why

The same day that “Prince” Andrew gets his royal ass handed to him, Ghislaine Maxwell Ends Fight to Keep Eight 'High-Profile' John Does Names Sealed in Civil Lawsuit.
Things are going to start getting very interesting. 👀 https://t.co/4GEAIkGh2x

I assume Ghislaine Maxwell will not want to spend ~20 years in Fed prison. I assume she will disclose some powerful names who acted badly—her only chance. My assumption is people the left admires will be included—so be it—this is 100% not about politics. Let the truth come out.

Bill, I have a feeling things are about to get very bad for you:

Suffice to say if Biden’s DOJ had incriminating info on Trump, they would surely have forced #GhislaineMaxwell to release her Black Book and name names. The obvious reason they’re hiding her information is to protect the Clintons and other powerful Democrats and globalists pic.twitter.com/vFeg9sNtcJ

Do you think Bill Clinton’s name will be exposed by Maxwell?

10 thoughts on “Ghislaine Maxwell Ready To Give Up Names!”