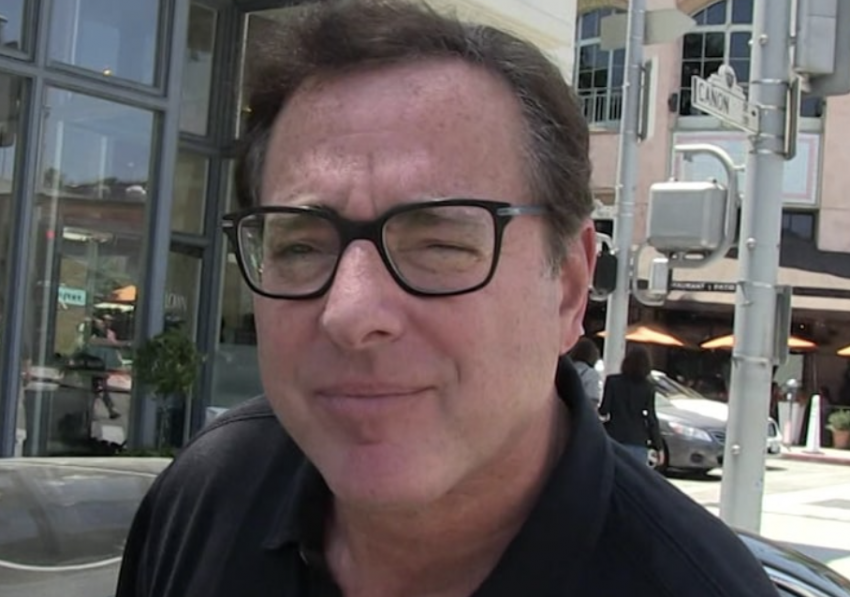 It has been about a month since Bob Saget passed away suddenly. Of course, there have been a lot of rumors swirling since the announcement of his death, and for good reason. There are so many theories floating around on the internet and no one knows what to believe when it comes to the government and celebrities.

Or the COVID jab?

Did he get a booster recently?

Now, we have an answer but in all honesty, it just opens the door for more questions.

According to medical reports, Saget died from a brain bleed after being hit on the back of the head.

Yeah, that doesn’t suspicious at all.

After Bob Saget was found dead in a Florida hotel room, his family shared new insight into what caused his sudden passing. 💔 https://t.co/snKNjWIM1Z pic.twitter.com/dheBahMUSh

Here’s what Fox News posted and then scroll down for my questions:

“In the weeks since Bob’s passing, we have been overwhelmed with the incredible outpouring of love from Bob’s fans, which has been a great comfort to us and for which we are eternally grateful,” the family said on Wednesday. “Now that we have the final conclusions from the authorities’ investigation, we felt it only proper that the fans hear those conclusions directly from us.”

Per the statement, citing authorities, Saget “accidentally hit the back of his head on something, thought nothing of it and went to sleep.” The statement noted that “no drugs or alcohol were involved.”

“As we continue to mourn together, we ask everyone to remember the love and laughter that Bob brought to this world, and the lessons he taught us all: to be kind to everyone, to let the people you love know you love them, and to face difficult times with hugs and laughter,” the statement concluded.

There has to be more to this story, there just has to be.

How did they determine that he hit the back of his head?

Now, if his friends were around they could definitely corroborate the story, but according to the reports he was alone in his room.

So, how are the investigators able to determine that he hit the back of his head, didn’t think much about it, and simply went to sleep.

Now the doctors can definitely tell where he was hit, but how do they know it was an “accident”?

Also, how do they know what he thought about it after it happened?

Then they know he went to sleep afterward.

There is more to this story than what we are being told folks!

Bob Saget's cause of death has been revealed: He hit his head on something, did not know the severity of the injury and fell asleep.

He died from a brain bleed, TMZ reports https://t.co/72TGJ9jnzH pic.twitter.com/omdsyz0tYJ

Bob Saget did not die of a heart attack or a stroke — which authorities believed was the case — we’ve learned the cause of death was more shocking and tragic.

Sources with direct knowledge tell TMZ … after checking into the Ritz Carlton Hotel in Orlando on January 9, he hit his head on something. We’re told authorities don’t know what object he hit — possibly the headboard — but there was an obvious bruise on the back of his head.

Authorities believe Bob did not know the severity of the injury and got under the covers and went to sleep. We’re told he never woke up and died from a brain bleed.

We’re also told the toxicology report has come back and there were no narcotics or alcohol in his system.