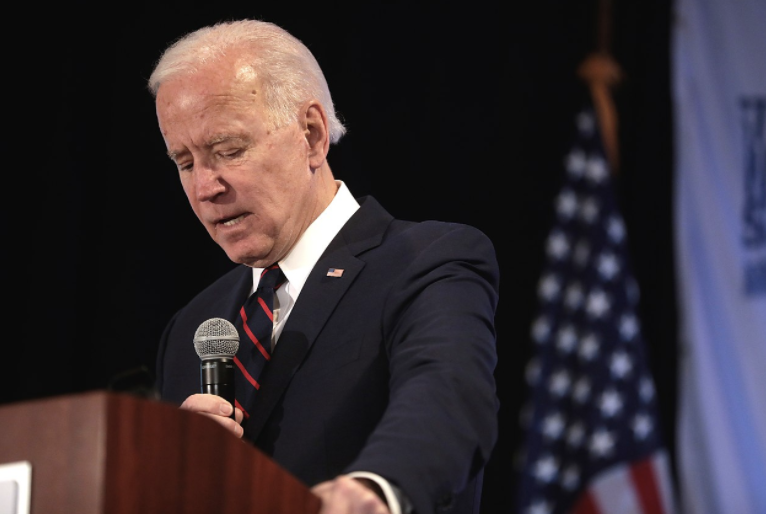 Let’s be honest with each other for a moment, shall we?

We all know or at the very least have that spidey sense tingling that this COVID “pandemic” is nothing but a means for more government intrusion on the American people.

Since the beginning, it has not been about your health at all. If it was truly about any o four health and well-being then people would be able to decide what is the best way to treat themselves.

Doctors would not be black-balled for sharing natural ways to boost the immune system.

People on social media would not be banned from sharing their stories about using Ivermectin to treat themselves.

Nurses would not be fired from their jobs for not receiving a vaccine when they were praised during the height of the pandemic.

All of this is a show, and the sooner people realize that the quicker this entire sh*it show will end.

I don’t know how much longer it will take for people to see it, but maybe this will help push them to wake up sooner.

Joe Biden is keeping a list, and you may be on it.

Now, this list is keeping track of anyone requesting a “religious exemption” from the vaccine, but here’s the thing:

Do we not have the First Amendment, Joe?

Does that not guarantee us the right to practice our religion?

So why is he keeping a list of people who are requesting religious exemption from the vaccine?

I don’t know about you, but to me, “lists” of groups of people usually do more harm than good.

Get ready to get placed on Joe Biden’s domestic terrorist list if you don’t support him.
That’s how dictators roll.

Could you imagine the hellfire the Democrats would raise if President Trump would have kept a list of the BLM peaceful protesters?

They would have attempted to impeach him for that too!

Yet, Biden is freely making a nationwide list of people refusing the vaccine, even though they have the freedom to do so.

According to the Daily Signal:

A tiny administrative agency in the District of Columbia announced a new policy Tuesday that will likely serve as a model for a whole-of-government push to assemble lists of Americans who object on religious grounds to a COVID-19 vaccine.

The Pretrial Services Agency for the District of Columbia—a federal independent entity that assists officers in the District of Columbia courts in formulating release recommendations and providing supervision and services to defendants awaiting trial—announced a new records system that will store the names and “personal religious information” of all employees who make “religious accommodation requests for religious exception from the federally mandated vaccination requirement.”

The announcement does not explain why the agency needs to create this list except to say that it will “assist the Agency in the collecting, storing, dissemination, and disposal of employee religious exemption request information collected and maintained by the Agency.” In other words, the list will help the agency make a list.

The announcement also does not say what the agency will do with this information after it has decided an employee’s religious accommodation request.

The fact that there is no transparency about why this list is being created AND how it will be used should scare you.

Where’s the transparency you promised, Joe?!

What could go wrong? The Biden administration is making LISTS of religious vaccine objectors … via @GCanaparo @SarahPPerry https://t.co/0xwglkZJSi

I honestly can’t think of a single time in history where a tyrannical regime created a list of people and it ended well.

We have more details from the Washington Times:

An obscure federal agency has proposed creating a database capturing the names and “personal religious information” of government employees who submit “religious accommodation requests” to be exempted from the Biden administration’s COVID-19 vaccine mandate.

At least seven other federal agencies, including five Cabinet departments, are apparently setting up similar “personal religious information” databases, according to an analyst at the Heritage Foundation, a conservative think tank in the District.

The federal Court Services and Offender Supervision Agency for the District of Columbia, or CSOSA, published a “notice of a new system of records” in the Federal Register on Tuesday.

The agency, which supervises defendants awaiting trial as well as parolees, aims to “reduce recidivism” and “integrate offenders into the community by connecting them with resources and interventions.”

The federal departments of Treasury, the Interior, Housing and Urban Development, Health and Human Services, and Transportation, as well as the General Services Administration and the Securities and Exchange Commission, have each published proposed rule-makings to implement “systems of records” tracking their workers’ religious accommodation requests.

These are just some of the questions and concerns that we have.

What are you concerned about?