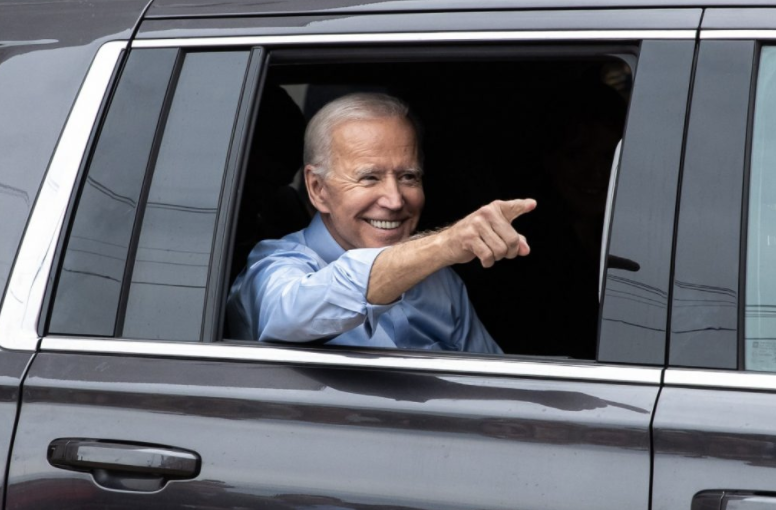 Another conspiracy theory that is coming to pass and I really hate that it is.

Over the years, we heard of death panels and many people just laughed it off as something that could NEVER happen. Well, we never thought we would see an entire nation lockdown over a virus with a 98% survival rate, but here we are.

Now, there are reports that Joe Biden and death panels have arrived in America and it should turn your blood cold.

It has been confirmed that the Biden regime will be RATIONING monoclonal antibody treatment to southern states.

In other words, red states won’t be able to get the monoclonal antibody treatments they deserve.

Ok, you may be asking yourself right about now, what does this mean and what is the controversy?

I am super glad you asked!

Red states have been using monoclonal antibody treatments with much success.

In fact, things have been so successful that last week, Biden announced that he would INCREASE shipments of monoclonal antibody treatments.

However, just a week later Beijing Biden has flipped on the issue.

The allocations of monoclonal antibody treatments have been slashed by 50%.

Which will bring rationing of treatments which means the decision of who lives and who dies has come to call.

"Tonight, I’m announcing we will increase the average pace of shipment across the country of free monoclonal antibody treatments by another 50 percent."

Less than a week later he CUT allocations to southern states by 50%. pic.twitter.com/TCTY7XdboC

A reporter asks about the federal government cutting supplies of monoclonal antibody treatments to red states.@PressSec: "Our role as the government overseeing the entire country is to be equitable in how we distribute." pic.twitter.com/WJ9HNHTM4k

A troubling sign of our divided political times is that even the treatment of COVID-19 has become a weapon in partisan fighting.

That was never more true than this week, when HHS took control of the distribution to states of monoclonal antibodies. pic.twitter.com/yTprr8bkmX

Y’all, this is a lifesaving therapy and people have a right to use it if they want to.

And, the Biden worshippers want to call Trump the dictator.

How upside-down are we?

The Biden administration this week slashed the doses of lifesaving coronavirus antibody treatment to Florida, giving the state less than half of what is needed for a routine week, prioritizing “equitable distribution” — a move some suspect is a form of revenge against Republican governors whom the president vowed to get “out of the way.”

The Biden administration this week began to cut the distribution of monoclonal antibodies to red states, such as Florida and Alabama, contending those states, including Texas, Mississippi, Tennessee, Georgia, and Louisiana, are comprising too big a share of the supply in recent weeks — 70 percent.

“HHS will determine the amount of product each state and territory receives on a weekly basis,” a spokesman for the U.S. Department of Health and Human Services (HHS) said.

“State and territorial health departments will subsequently identify sites that will receive product and how much,” the official continued, claiming the system will “help maintain equitable distribution, both geographically and temporally, across the country, providing states and territories with consistent, fairly distributed supply over the coming weeks.”

Already, this has had a negative impact on states such as Florida, where Gov. Ron DeSantis (R) has been announcing more and more antibody treatment centers across the Sunshine State and battling the establishment media’s criticisms and misinformation along the way. Even Dr. Anthony Fauci has recognized the treatments as “effective intervention” for the Chinese coronavirus.

As a result of the Biden administration’s moves, the feds delivered less than half the needed doses to the Sunshine State this week. According to CBS12, they sent 30,950 doses “according to numbers from the governor’s office and confirmed by the Department of Health.” But normally, the state needs about 72,000 doses a week to meet the needs.

Christina Pushaw, press secretary for DeSantis, blasted the Biden administration’s move and suggested that “every corporate media outlet that publishes sensational stories about ‘overflowing hospitals’ in the South” should first “demand answers from the Biden Administration about why they’re restricting the supply of life saving COVID treatment to the South.”

“Supply of monoclonal antibody treatment to Florida, Alabama, Tennessee, Texas & other Southern states restricted by Biden Admin with no real explanation besides ‘equity,’” she continued, asking, “How is it equitable to only send treatment for HALF the Floridians who need it, & NO state sites in Alabama?”

Thankfully, southern states are circumventing the Biden regime, with DeSantis leading the charge.

“We're not going to give a greater percentage to Florida over Oklahoma."

New policy reduces FL’s allotment by more than half.

Not the Bee confirms that southern states will be affected the most by Biden’s rationing:

You’ve probably heard about monoclonal antibodies—a therapeutic treatment that has been highly successful at treating COVID-19. Florida Gov. Ron DeSantis, for instance, aggressively championed the procedure in his state, which saw such promising results that even Dr. Anthony Fauci came out strongly in support of it.

Now, however, the Biden administration is announcing that it will begin rationing the treatment throughout the U.S., citing an alleged fear of shortages:

An HHS spokesperson said seven states have accounted for 70% of orders for the therapy. Those seven states are Florida, Texas, Mississippi, Tennessee, Alabama, Georgia and Louisiana.

“Given this reality, we must work to ensure our supply of these life-saving therapies remains available for all states and territories, not just some,” the HHS spokesperson said.

The distribution, which is similar to a system employed earlier this year, will fall to HHS, which will allocate product to states and territories each week, rather administration sites ordering them directly.

But is the threat of shortages real? Texas Montgomery County Judge Mark Keough wrote on Facebook this week that there was, in fact, no looming shortfall of the drug:

As of yesterday the Biden Administration is metering how many doses of Regeneron are sent to Texas and thus limiting how many are sent to the Montgomery County location. Telling Texas to reduce its use of the therapeutic treatment that has literally been saving lives and reducing hospitalizations.

Just like the Afghanistan disaster, Biden is poorly handling COVID-19 and of course, there is no media outrage.
Biden Death Panels BEGIN: Antibody Treatments to Be RATIONED to Red States