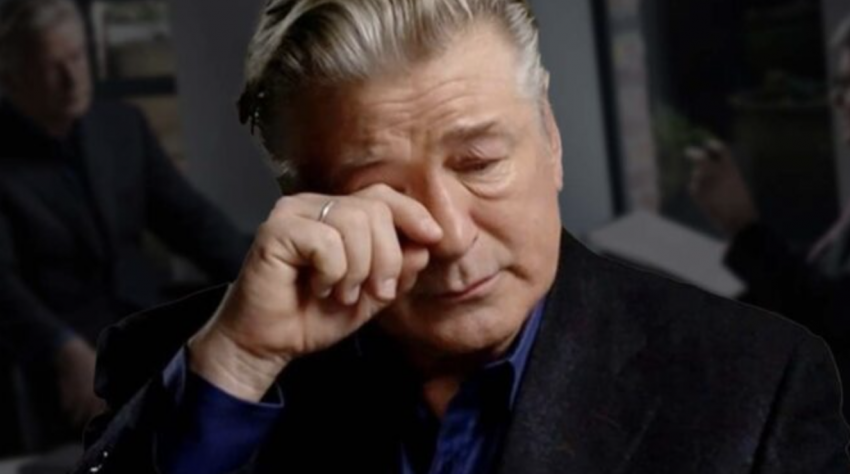 Most Americans have undoubtedly heard their Miranda rights repeated so many times in television dramas and movies that they have memorized them, particularly the bit about how you “have the right to stay quiet” and “whatever you say may and will be used against you in a court of law.

One would think that Alec Baldwin would be well aware of Miranda Rights considering how many shows and movies he has starred in over the years or at least a legal team to explain them to him, and now he could pay for it.

In case you missed it, Baldwin appeared in a tell-all interview with George Stephanopoulos, concerning the fatal shooting that claimed the life of “Rust” photo director, Halyna Hutchins.

Authorities in Santa Fe, New Mexico are still investigating the incident saying that Baldwin claims that the gun “accidentally” misfired while on set.

“Someone put a live bullet in a gun, a bullet that wasn’t even supposed to be on the property,” Baldwin claimed during the interview. “Someone is ​responsible for what happened, and I can’t say who that is, but I know it’s not me.”

The 63-year-old actor then alleged that he didn’t pull the trigger, suggesting that the gun was accidentally discharged, although firearms experts have said such a scenario is exceedingly rare.

But Rachel Fiset, a partner at the Los Angeles-based Zweiback, Fiset & Coleman, said that Baldwin’s comments during the interview could be used against him by prosecutors if he’s charged or in a civil lawsuit.

Here is more from Epoch Times:

“Alec Baldwin is clearly devastated by the tragic accidental killing of Ms. Hutchins,” Fiset told Fox News. “He likely feels compelled to speak publicly as a result, and he is sympathetic at times as it relates to the trauma he is experiencing.”

With the ABC News interview, Baldwin, she added, is now “trying to direct the narrative in a way that shifts blame for this tragedy away from him. [However], it is never a good idea to speak publicly during an active investigation and this case is no different.”

“Any statements made on television during an investigation could result in unintended admissions that could be used against him later at trial or could prejudice the prosecutor against him,” Fiset continued.

“From a legal perspective, Baldwin’s interview was a mistake,” Rahmani noted. “His statements can and will be used against him in the civil lawsuits and any potential criminal prosecution. And Baldwin’s attorneys can’t use the interview to help him because his answers are hearsay. At best, the interview was a calculated public relations move that may backfire.”

Will Baldwin’s words come back to haunt him?

Let me know what you think below!